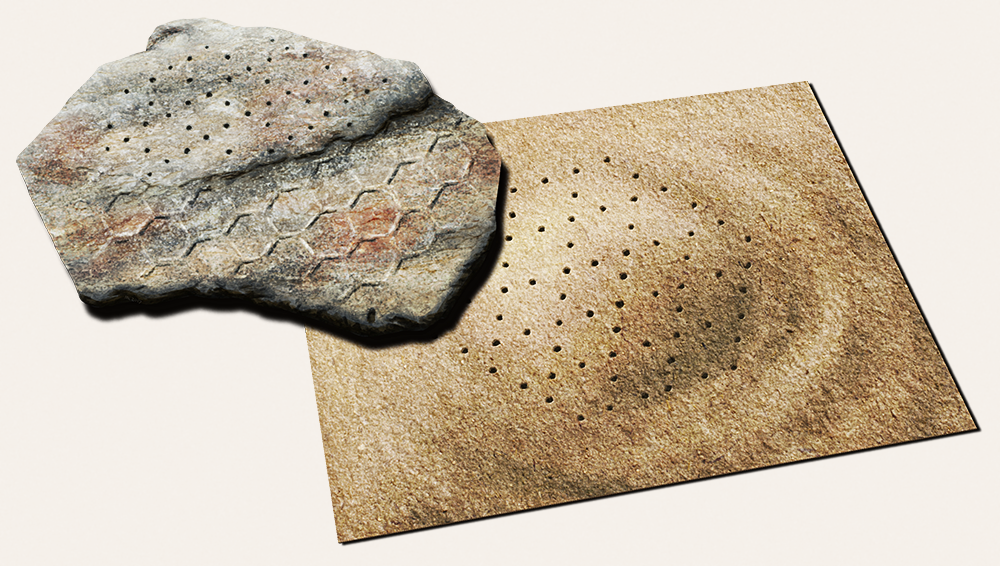 Paleodictyon is the name for a net-like pattern found in the marine fossil record, starting in the Late Precambrian/Early Cambrian (~541 mya). Formed from thin tubes in seafloor sediment, each element of the mesh is around 1-3cm in diameter (0.4-1.1″), with entire networks covering areas of up to a square meter (10.7ft²). Some forms also have vertical tubes connecting the mesh to the surface.

And nobody knows what it is.

These patterns have even been found on the modern day seafloor at mid-ocean ridges. Samples have been taken, DNA tests have been performed… and nothing conclusive has yet been found.

Whatever makes these patterns is alive today, but we still don’t know what it is!

There are two main hypotheses about the mysterious identity of the mesh-maker. It might be some sort of small worm-like animal excavating burrows, engineering water flow through the tubes to collect food. Or the whole mesh might be the body imprint of a single creature – either a sponge or a giant foraminiferan.

Hopefully one day somebody will finally catch the Paleodictyon culprit in the act.