There’s been a major lack of activity here for a while due to a combination of computer failure and our web hosting account completely running out of disk space.

New computer has been acquired, files have been recovered, and the host has been paid for a plan upgrade, so now I can finally work on getting the backlog of the last few months’ posts uploaded.

Welcome to the long-overdue new version of Nix Illustration!

Pardon our dust – we’re working on getting everything properly set up here, and also importing in around six years’ worth of archived content from elsewhere.

Please note that unless otherwise stated, all original non-commissioned work here is published here under a Creative Commons Attribution-NonCommercial license (CC BY-NC 4.0) – you are welcome to use images for non-profit or personal purposes, provided you credit me and give proper attribution.

Please contact me via tumblr or email (mail@nixillustration.com) to enquire about custom commission work or commercial image licensing.

In the meantime, you can find more complete selections of work at any of these places:
Tumblr | Pillowfort | Twitter | Patreon 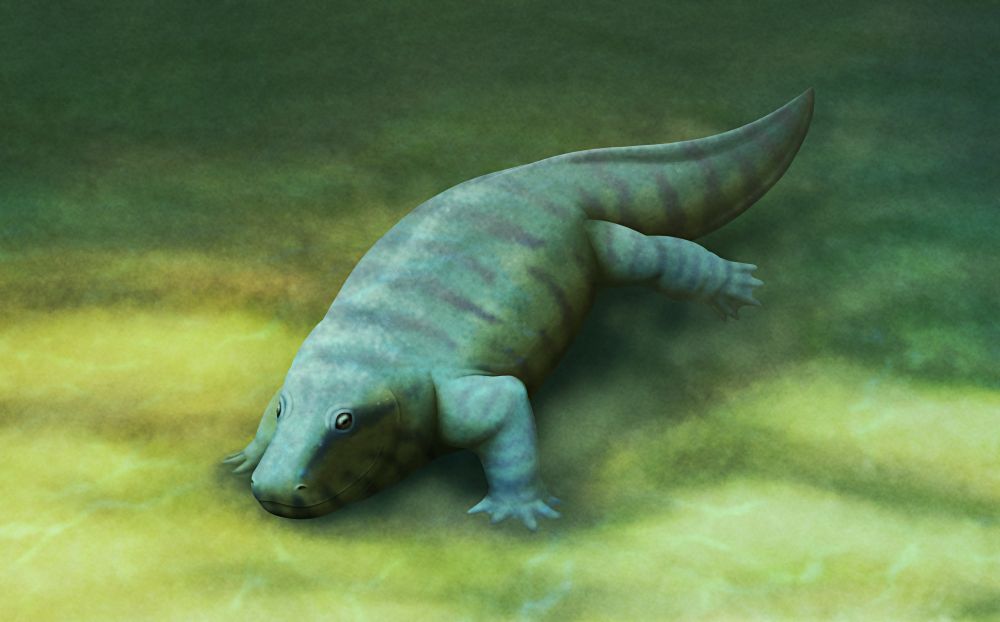 Whatcheeria deltae here was an early tetrapod from the Early Carboniferous, about 340 million years ago, descended from the earlier fish-like forms and closely related to the ancestors of modern amphibians and amniotes.

Hundreds of fossils of this species have been found in Iowa, USA. Most represent juveniles, but rare larger specimens suggest fully-grown adults reached at least 2m long (6’6″).

Its large chunky limbs and flat feet seem to have been well-adapted for walking, with body proportions similar to later temnospondyl amphibians. But its cartilaginous ankles and the presence of lateral lines on its skull suggest it was still primarily aquatic, possibly walking along on the bottom of the ancient lakes, rivers, and swamps it inhabited.

It also had an unusually long neck and oddly-shaped skull for such an early tetrapod – most other known species had rather wide and flat skulls, but Whatcheeria‘s head was instead proportionally taller and narrower. Along with heavily reinforced sutures between the bones of its skull, it would have had a very powerful bite and been able to resist the twisting forces of large struggling prey in its jaws, suggesting it was a specialized crocodile-like predator. 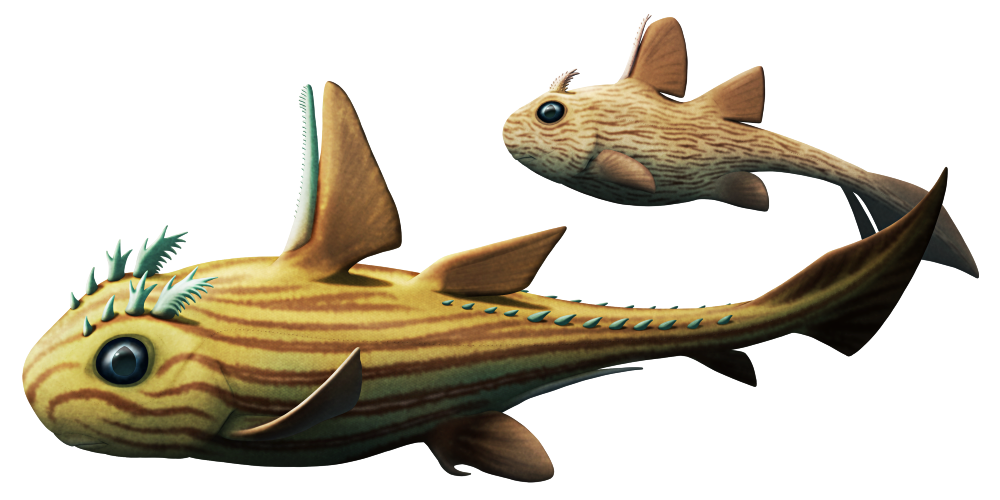 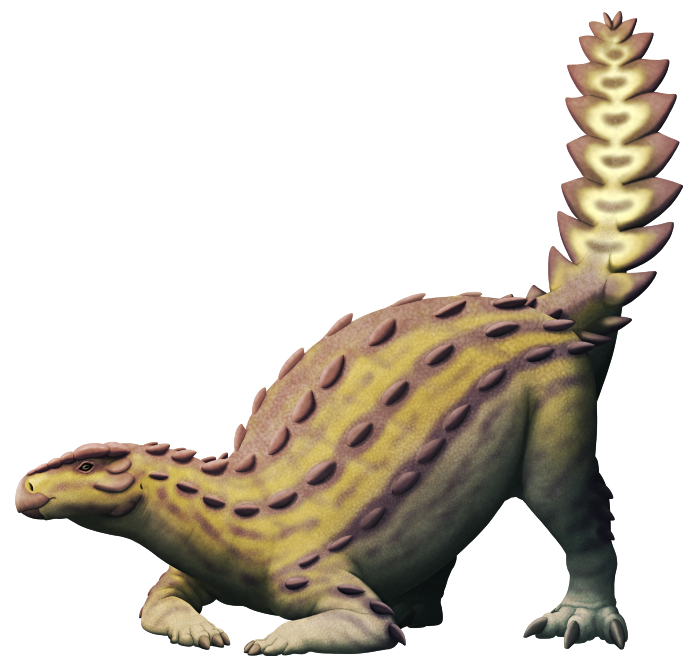 Some of the earliest large terrestrial herbivores on Earth were the edaphosaurids – a very early-branching group of synapsids, the evolutionary lineage whose only modern surviving members are mammals. Like their more famous cousin Dimetrodon these animals sported huge elaborate sails on their backs formed from highly elongated vertebral spines, but despite the similarity in appearance they actually seem to have evolved these structures completely independently.

Known from a single partial skeleton discovered in southern New Mexico, USA, the edaphosaurid Gordodon kraineri dates to around the very end of the Carboniferous or the very earliest Permian, about 299 million years ago.

It was fairly small for an edaphosaurid at about 1.5m long (~5′), and seems to have had transitional anatomy between earlier and later members of the group. Its sail spines were thicker than those of earlier species but still less heavyset than those of later forms, and while each spine had numerous side projections these structures were small, thorn-like, and randomly distributed, unlike the more organized thick crossbars seen in Edaphosaurus.

Its head was proportionally small compared to its body, but still relatively large for an edaphosaurid, and it had an unusually long neck for an early synapsid. But its most distinctive features were its jaws and teeth – it had a narrow snout with a pair of large incisor-like teeth at the front of both its upper and lower jaws, followed by a large toothless gap (a diastema) and then a short row of small peg-like teeth. Like Edaphosaurus it also would have had batteries of grinding tooth plates inside its upper and lower jaws, but probably not as extensively.

Overall its tooth arrangment looked more like a modern herbivorous mammal than an early synapsid, much more highly specialized than anything else known to be alive at the time – the next synapsid known to convergently evolve similar teeth lived around 90 million years later!

It probably had a very different diet to its relatives, with its specialized teeth and fairly slender body suggesting it may have been a selective feeder, cropping the softer more nutritious parts of plants like the fleshy seeds and cones of gymnosperm plants.

Its discovery also hints that herbivorous edaphosaurids in general were much more diverse than we previously thought, and there may be even more surprising forms out there still to be discovered.