Taxonomy – the naming, description, and classification of living things – is one of the foundations of biology and ecology. We need to know what things are in order to properly understand them and their evolutionary relationships, and without that we can’t build up an accurate picture of the true diversity of life on Earth.

Taxonomy of living species is also vital for conservation efforts, recognizing unique species that would otherwise go unnoticed. Accidentally using the same name for multiple things can easily mask the decline and potential extinction of critically endangered populations – for example, if we’d just assumed all Galápagos giant tortoises were exactly the same we’d never have realized that Lonesome George was the last known individual of the Pinta Island subspecies, or made efforts to find living hybrid descendants of his kind.

Meanwhile the paleontological taxonomy of fossils helps us to understand where things came from, and to identify long-term trends of evolution, diversity, and extinction over time. The history of life shows us how different types of organisms coped with changing conditions in the past, so we can try to predict how current climate change will affect the biosphere in the present and future.

But sometimes species don’t neatly fit into our classification system. Maybe they’re rather “generic” or “primitive” examples of that type of organism and don’t really have many unique or specialized features, or maybe the scientists describing them just weren’t able to classify them more specifically at the time, but either way they often end up with the same fate: dumped into a wastebasket taxon.

Wastebaskets aren’t natural lineages, just a default label for things that don’t seem to fit anywhere else, and they’re basically somebody else’s problem to sort out later. Sometimes they can even end up containing things that superficially look very similar to each other but later turn out to not even be closely related at all.

This can be especially bad in paleontology, where there’s often only poorly-preserved and fragmentary fossils to work with and usually no way to verify evolutionary relationships with modern genetic analysis. This can result in wastebaskets getting especially bad if left unchecked – like how for a while in the 19th and 20th centuries many fragmentary theropod dinosaurs were just dumped into Megalosaurus, resulting in over 50 dubious species that eventually needed to be carefully reevaluated, renamed, and reclassified.

Squeezing in one last bonus #Spectember post this year!

This one isn’t based on a specific prompt, but instead is a companion piece to a previous one.

While North American brontotheres were adapting to the spread of grasslands, some of their Asian cousins took a very different evolutionary path through the rest of the Cenozoic.

END_OF_DOCUMENT_TOKEN_TO_BE_REPLACED

Despite having a convergent resemblance to penguins or gannetwhales, the humdertaker (Suchomergus pollinctor) is actually a distant descendant of modern hummingbirds.

END_OF_DOCUMENT_TOKEN_TO_BE_REPLACED

Today’s #Spectember concept is a combination of a couple of anonymous submissions:

These two animals are the descendants of brontotheres and paraceratheres, almost the last living representatives of their kinds, hanging on in the equivalent of modern-day times in a world similar to our own.

END_OF_DOCUMENT_TOKEN_TO_BE_REPLACED

Despite some minor delays, it’s time once again for #Spectember – when I dive back into the big pile of speculative evolution concepts that you all submitted to me in 2020, and try to get through a few more of the backlog.

So today’s concept comes from an anonymous submitter, who requested an arboreal ornithopod dinosaur:

END_OF_DOCUMENT_TOKEN_TO_BE_REPLACED 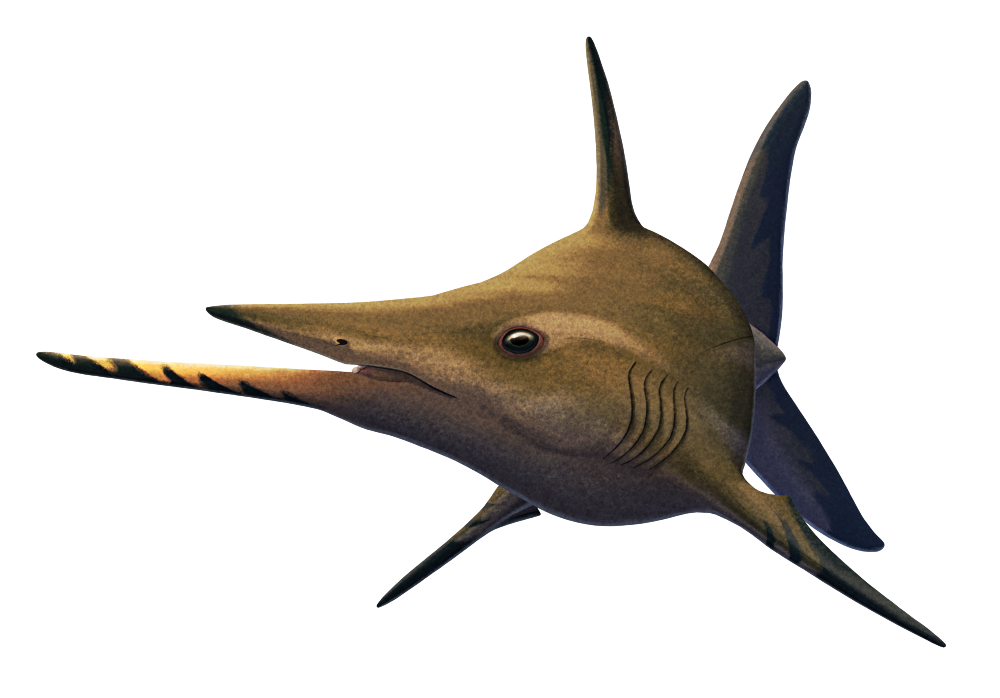 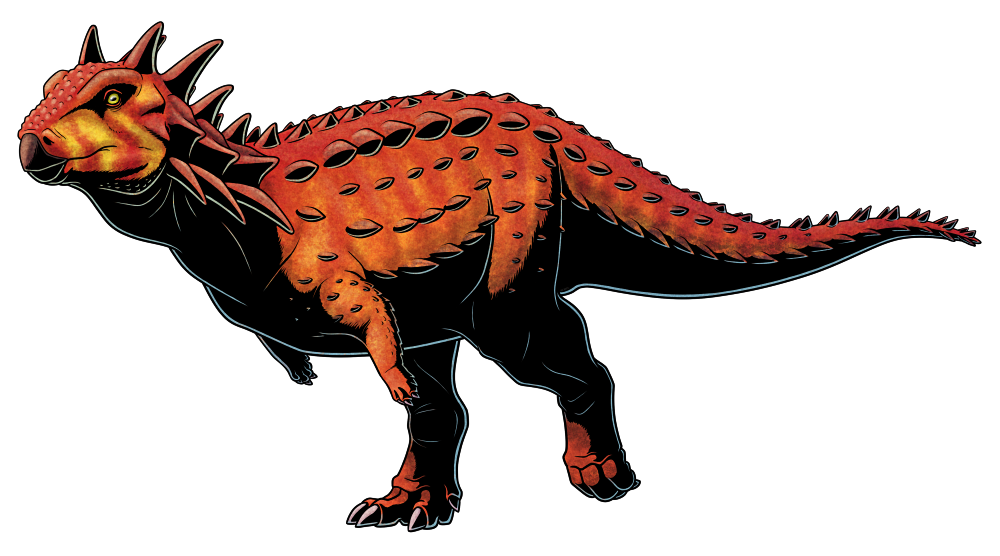 Slavoia darevskii was a lizard that lived in what is now Mongolia and Kazakhstan during the Late Cretaceous, about 85-70 million years ago.

Around 12cm long ~(4.75″), it had a compact skull, small eyes, a short neck, shovel-like hands, an elongated body and slightly reduced hind limbs – all features that indicate it was a burrowing animal, digging tunnels and feeding on underground invertebrates.

Its exact relationships are uncertain, but recent studies have suggested it was an early amphisbaenian, representing a point in the group’s evolution before the full loss of their legs and the development of their extremely long worm-like shape. 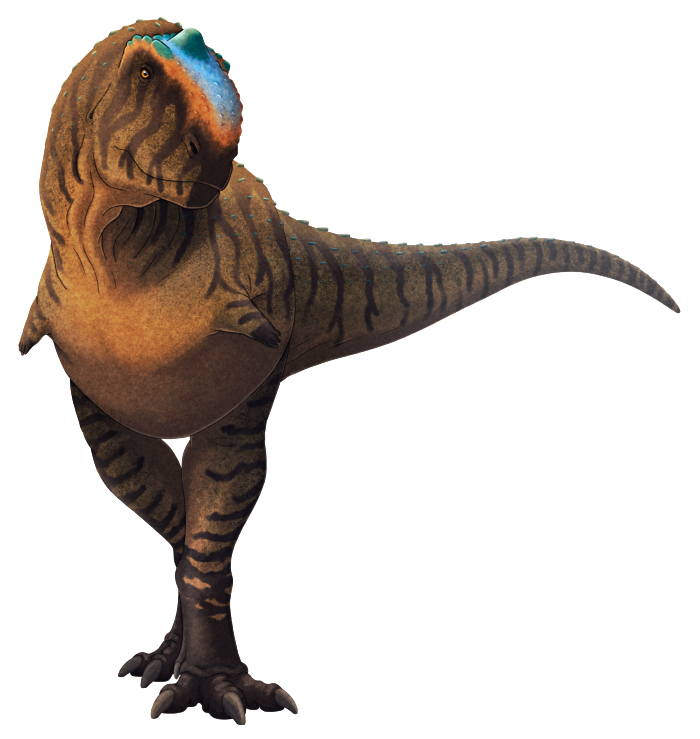 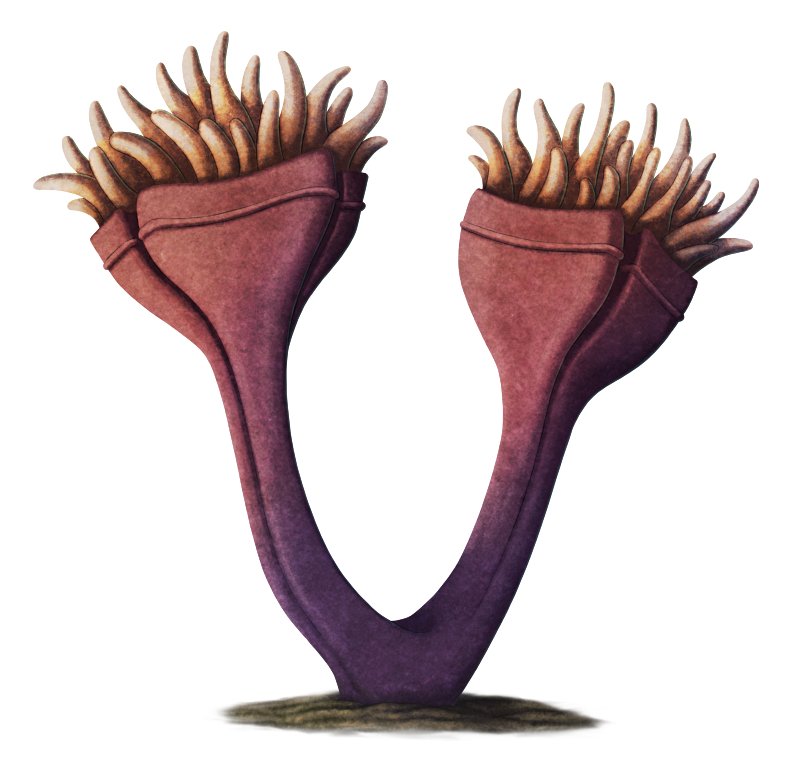