Did you know that in all the time I’ve been posting paleoart here, I’ve never actually done a proper full illustration of the most popular name in all of paleontology?

I think it’s finally time to fix this glaring oversight.

END_OF_DOCUMENT_TOKEN_TO_BE_REPLACED 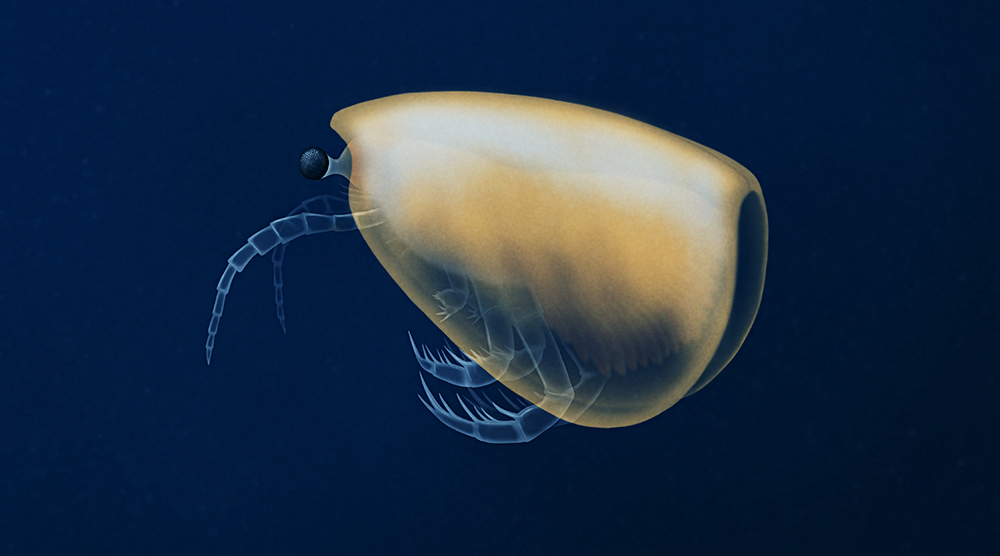 The synziphosurines were ancient marine chelicerate arthropods that were traditionally thought to be early representatives of the horseshoe crab lineage. But more recent studies have shown them to occupy a slightly more basal position on the chelicerate evolutionary tree, instead being related to the common ancestor of sea scorpions, horseshoe crabs, and arachnids.

(Also horseshoe crabs might actually be part of the arachnids, closely related to ricinuleids!)

Venustulus waukeshaensis was one of the earliest known synziphosurines, living in what is now Wisconsin, USA during the early Silurian, about 436 million years ago. It grew to around 8cm long (~3.2″) and had six pairs of appendages on the underside of its body, with the first pair modified into chelicerae and the rest being walking legs.

It also appears to have been blind, lacking any evidence of eyes despite its fossils being fairly well-preserved – suggesting it lived in conditions where vision wasn’t much use, such as dark murky water or burrowing around in seafloor sediment.

Trilobites were one of the most successful groups of early animals, existing for over 300 million years – and during that time they developed a huge diversity of weird heads, with various arrangements of spines, horns, eyestalks, and even long snouts and tridents.

But perhaps one of the oddest was the genus Odontocephalus, known mainly from the early-to-mid Devonian and represented here by Odontocephalus aegeria.

Living about 390 million years ago in northeast North America, this trilobite grew up to around 9cm long (3.5″). And although it wasn’t overall very elaborately ornamented, the front margin of its head had a row of extensions that flared out to meet at their tips, forming something resembling the cowcatchers used on trains.

The actual function of this structure is unknown. It might have been purely used for visual display since trilobites had excellent vision – but Odontocephalus was also a fast-moving bottom-dweller, and its “cowcatcher” may have served the same sort of purpose as its modern equivalent, deflecting small obstacles in its path as it trundled along the seabed.

Located in the South Atlantic Ocean, Saint Helena is a small volcanic island that formed several million years ago on the Mid-Atlantic Ridge. It’s one of the most remote islands in the world, and with no native land mammals and no large predators it developed an ecosystem with several unique flightless birds, and hundreds of endemic invertebrates and plants.

The Saint Helena giant earwig (Labidura herculeana) was, as its name suggests, an enormous species of earwig. Growing as large as 8.4cm long (3.3″) it was the biggest of its kind in the world, and was completely flightless with no hind wings.

It lived in deep burrows in the arid plain and gumwood forest regions of the island, and only came out at night during the summer rains. Since it was probably descended from the shore earwig (Labidura riparia) it was likely a similar sort of opportunistic carnivore, eating smaller invertebrates and carrion.

Humans didn’t reach Saint Helena until the early 1500s, and it wasn’t until 1798 that the earwig was noticed by naturalists and given its scientific name. Then it was more or less forgotten about, and scientific interest in it didn’t start to resume until the 1960s.

But by then it was just very slightly too late.

Extensive habitat destruction and predation by invasive cats, rodents, and centipedes had taken a huge toll on the earwig, and it had become incredibly rare. The last sighting of a live individual was in 1967, and attempts to locate more for potential captive breeding programs in the 1980s and 1990s failed to find any at all.

The last traces of the species were some isolated subfossil pincers found in the mid 1990s, and the giant earwig was officially declared extinct in 2014. 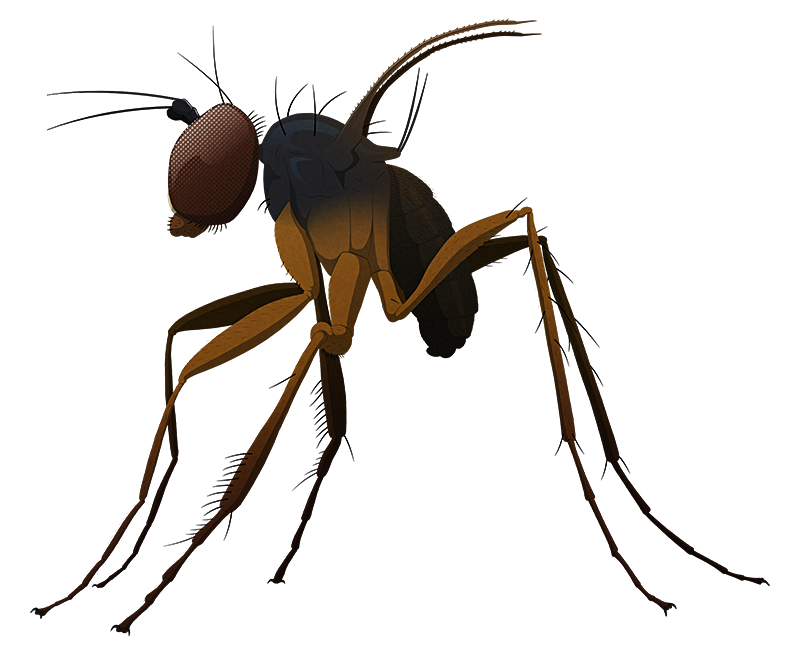 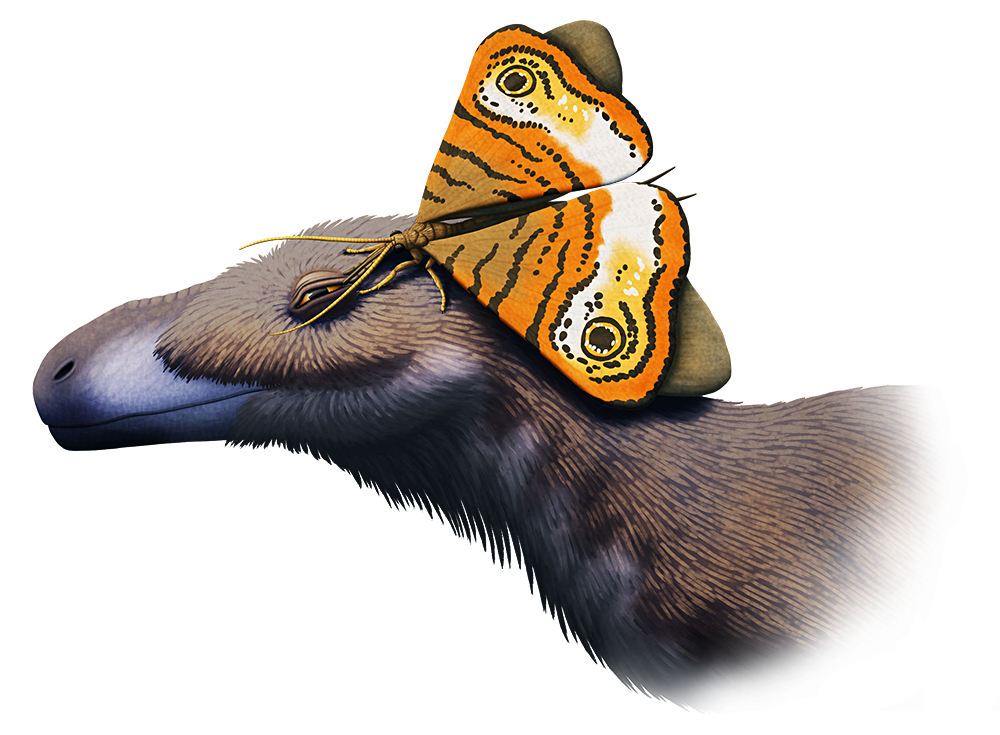 The short-faced bears Plionarctos and Arctotherium, from “The Mystery Behind the Biggest Bears of All Time”
https://www.youtube.com/watch?v=KtsOhmBb92E

The big cats Panthera blytheae and Panthera atrox, from “The Ghostly Origins of the Big Cats”
https://www.youtube.com/watch?v=oPJnqWke5n8 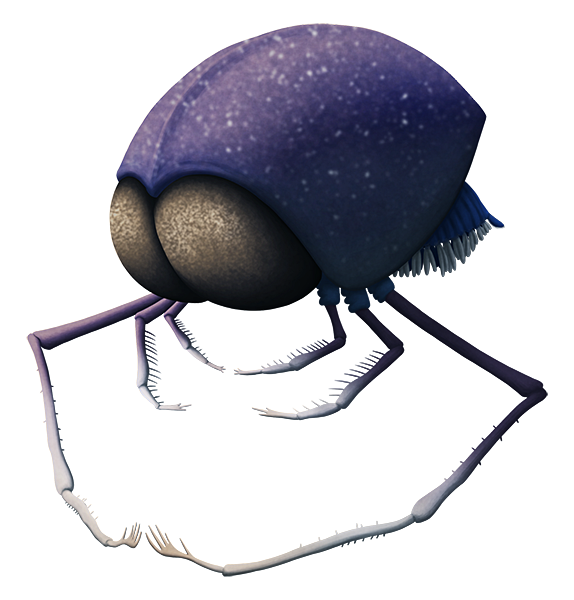