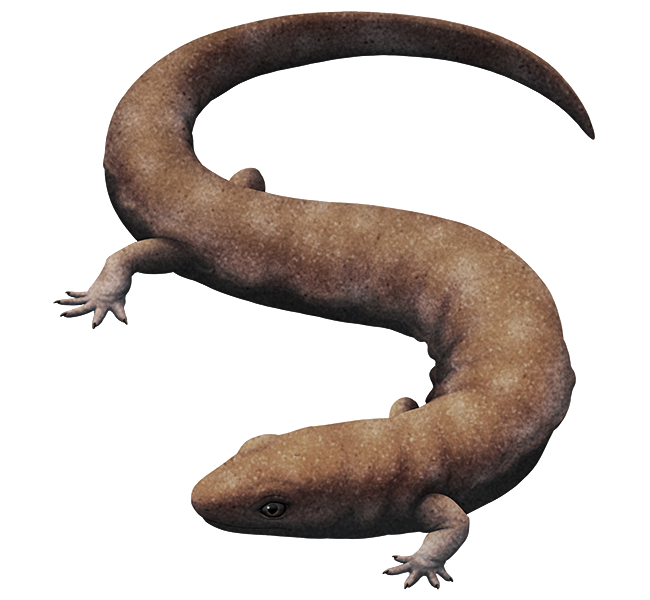 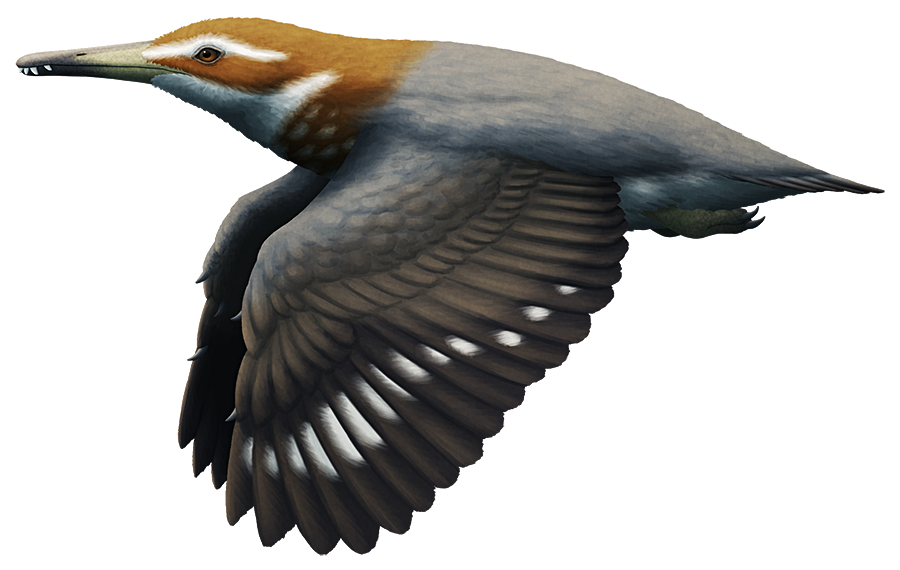 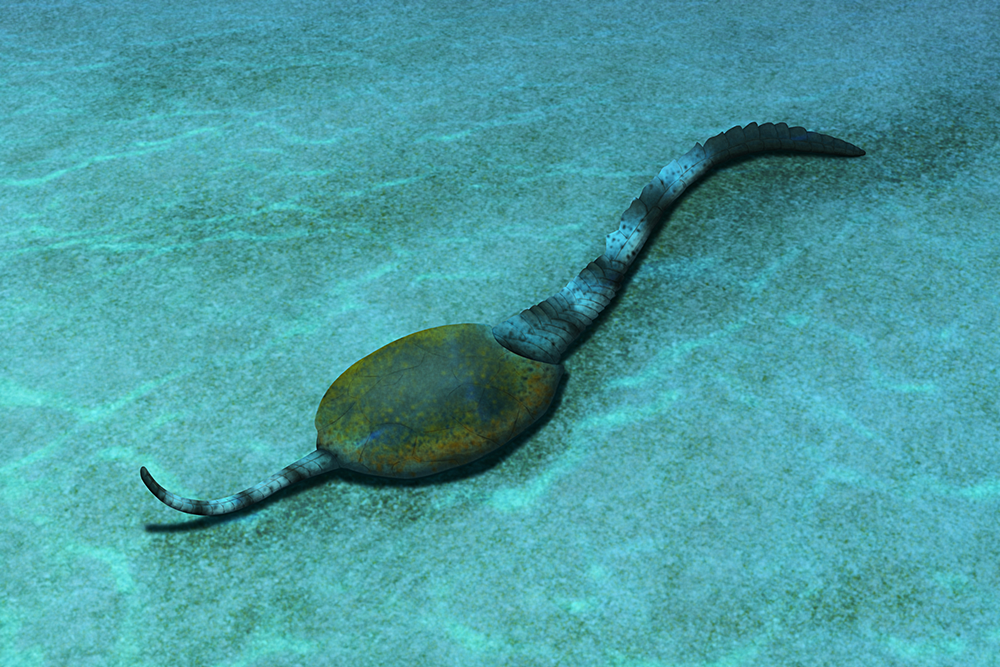 Waharoa ruwhenua, a whale from the Late Oligocene of New Zealand (~27-25 mya). Part of an early branch of the baleen whale lineage, it’s known from partial remains of an adult and a couple of juveniles and would have reached a full size of about 6m long (19′8″).

It had an unusually long flattened snout, with its nostrils further forward than modern whales, and only had baleen in the back half of its mouth – an interesting comparison to the intermixed teeth-and-baleen of some other early mysticetes. It’s not clear whether it had any vestigial teeth in the front of its jaws, although a single possible tooth has been found associated with its close relative Tokarahia.

The rather delicate nature of Waharoa’s jawbones suggests it wasn’t capable of rapid lunges at swarms of its small prey, instead probably using slow-cruising surface skim-feeding similar to modern right whales.