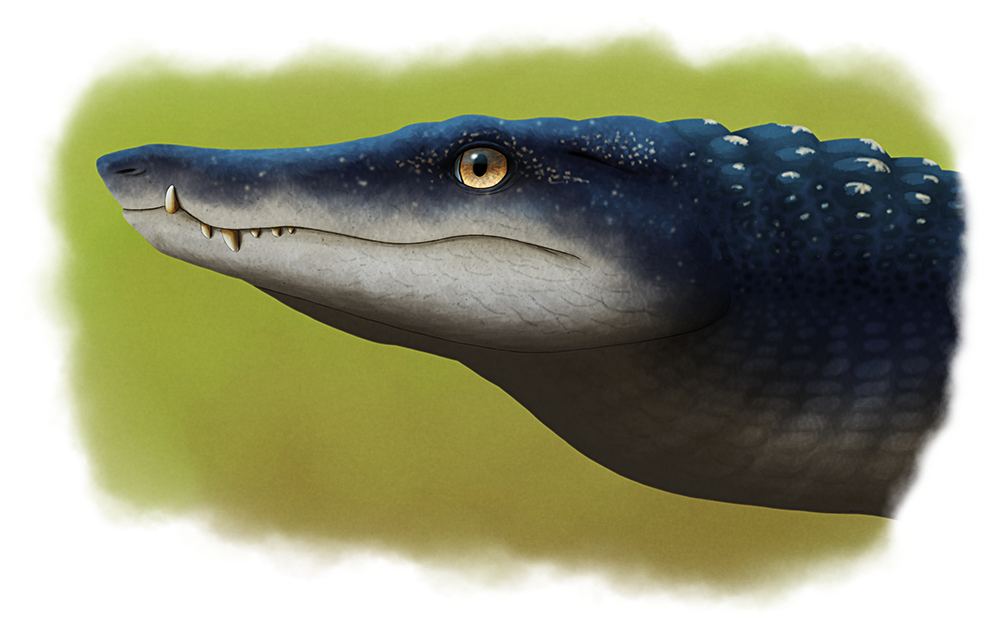 Montealtosuchus arrudacamposi, a crocodyliform from the Late Cretaceous of Brazil (~93-83 mya). About 1.8m in length (6′), it had slightly forward-facing eyes, giving it binocular vision, and long upright limbs – adaptations for active hunting on land.

Basically, it would have looked a little like a “crocodile dog”.

Edestus, a holocephalan fish from the Late Carboniferous (~315-299 mya) of Eurasia and North America. A relative of the “spiral-saw-mouthed” Helicoprion, it continuously grew a single row of teeth in each jaw, creating an arrangement often compared to a pair of pinking shears.

Multiple species of this genus have been named, with varying degrees of tooth bracket curvature, and the largest may have had body sizes similar to modern white sharks – about 6m long (19′8″).

Since Edestus is only known from fossilized tooth brackets, how exactly its jaws worked and what it ate with them is still a mystery. Many reconstructions end up either goofy or horrifying as a result, and so I’ve attempted to make this one look a bit more “normal”. And capable of closing its own mouth.

Edit: This reconstruction was based more on chimaeras than on other eugeneodontids, and is therefore probably very inaccurate. When I originally did this image I wasn’t aware body outlines were known for the group. For a much more accurate version see my 2020 version in the “Weird Heads” series. 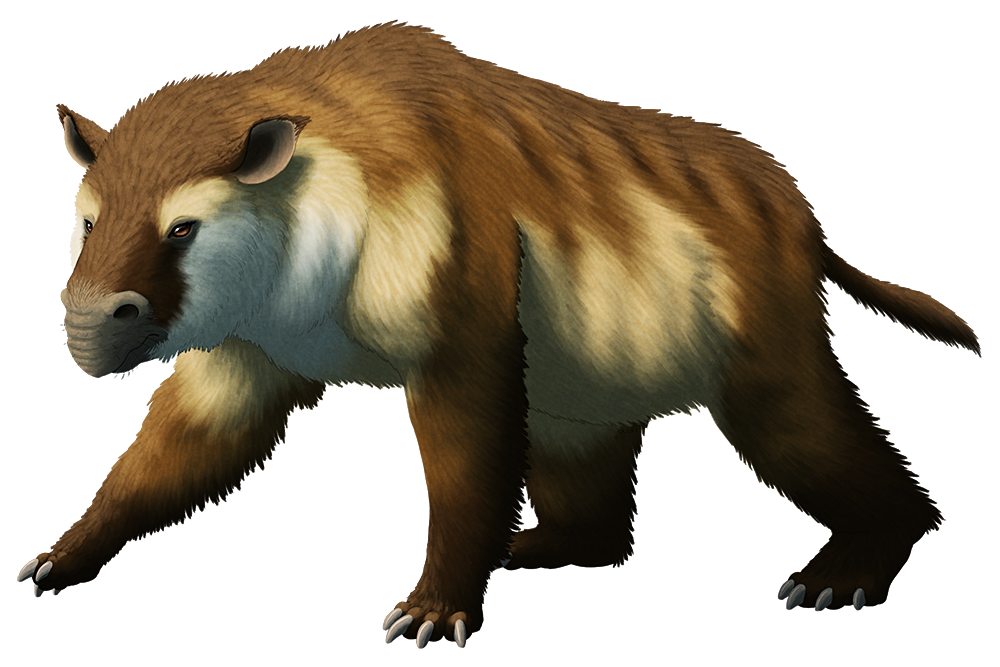 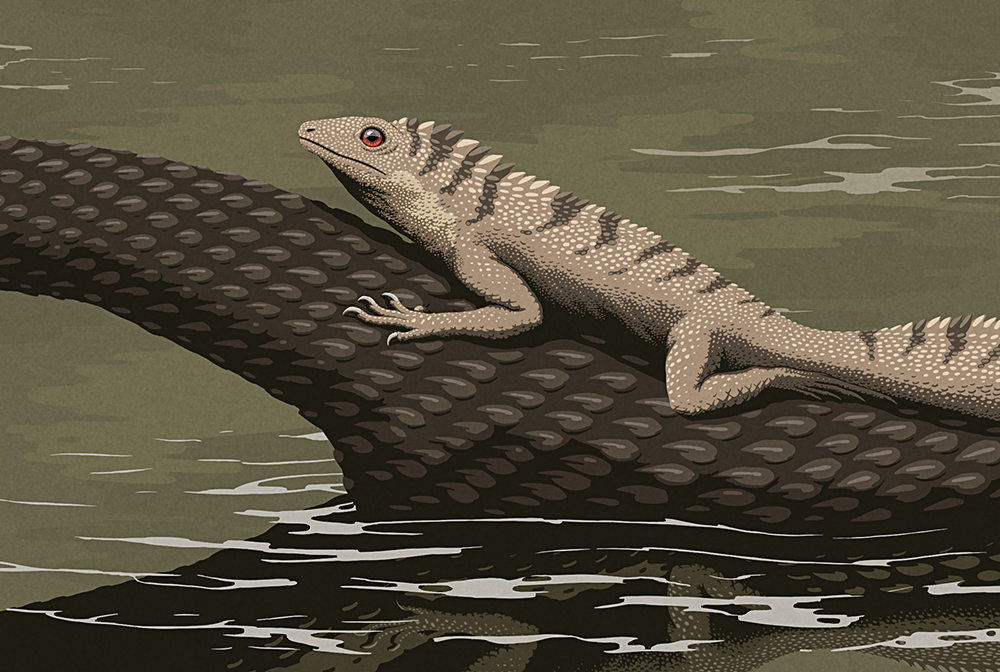 Spinoaequalis schultzei, an early diapsid reptile from the late Carboniferous of Kansas, USA (~300 mya). Measuring about 30cm long (1′), it appears to have been semi-aquatic, with limbs like a typical terrestrial reptile but also possessing a long flexible paddle-like tail to aid in swimming – making it one of the earliest amniotes to experiment with “returning to the water”.