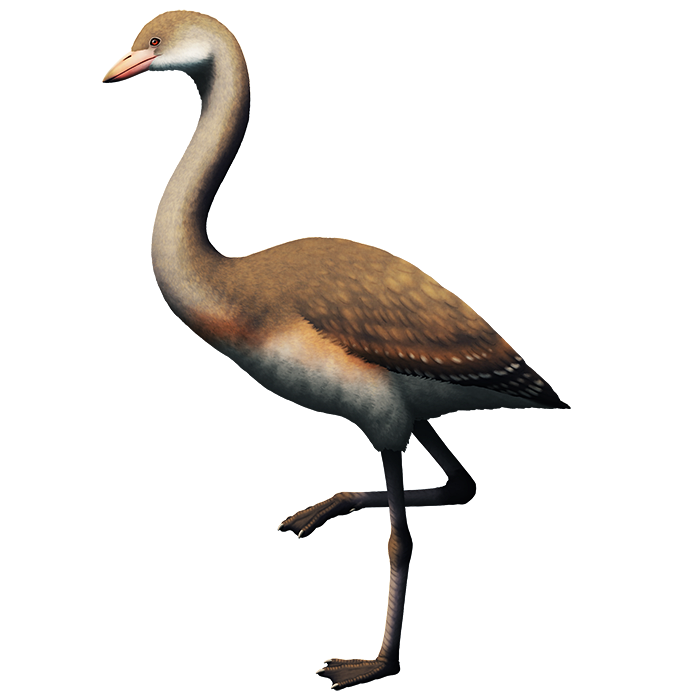 Edaphosaurids were a fairly early branch of the synapsids – the evolutionary lineage whose only surviving members are modern mammals – and were some of the earliest known tetrapods to develop into large specialized herbivores. They also had huge spiny sails on their backs resembling those seen in their cousins the sphenacodontids (including the famous Dimetrodon), but the two groups actually evolved those features completely independently of each other.

Although their fossils are known from both North America and Europe, their European remains are very rare and fragmentary. Currently the best-known specimen is made up of a recently-discovered partial spinal column and a few hand and tail bones.

Given the name Remigiomontanus robustus, this edaphosaurid lived in western Germany during the end of the Carboniferous and the start of the Permian, around 300-298 million years ago. About 1.2m long (3’11”), it seems to represent an intermediate form between small insectivorous-or-omnivorous edaphosaurids like Ianthasaurus and the huge herbivorous Edaphosaurus.

(Interestingly the paper that names Remigiomontanus also makes a brief mention that the protruding cross-bars on edaphosaurid sails may have anchored larger keratinous coverings, which could have made them look even more spectacularly spiky and suggests their sails may have served an anti-predator function. Hopefully if this is true we’ll see further information get officially published about it sometime!)