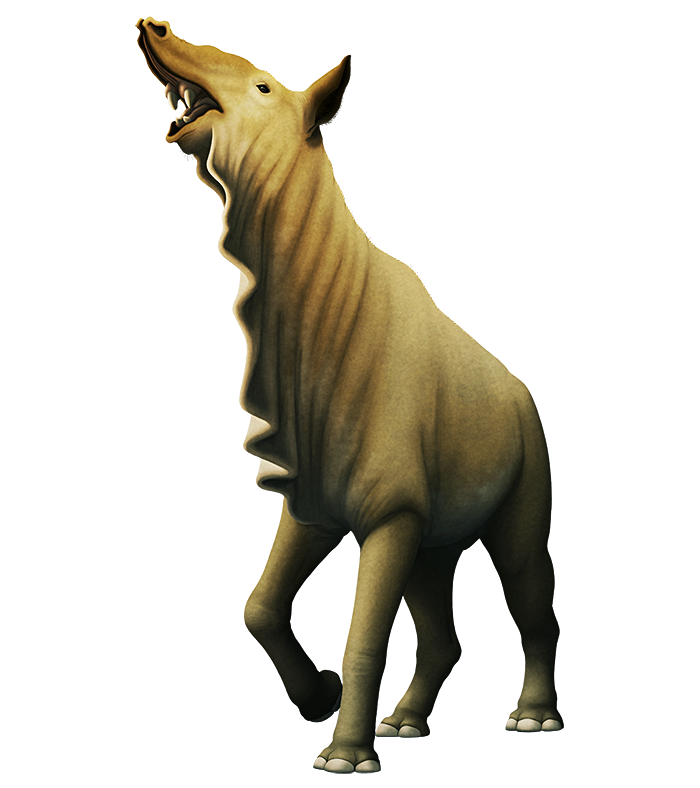 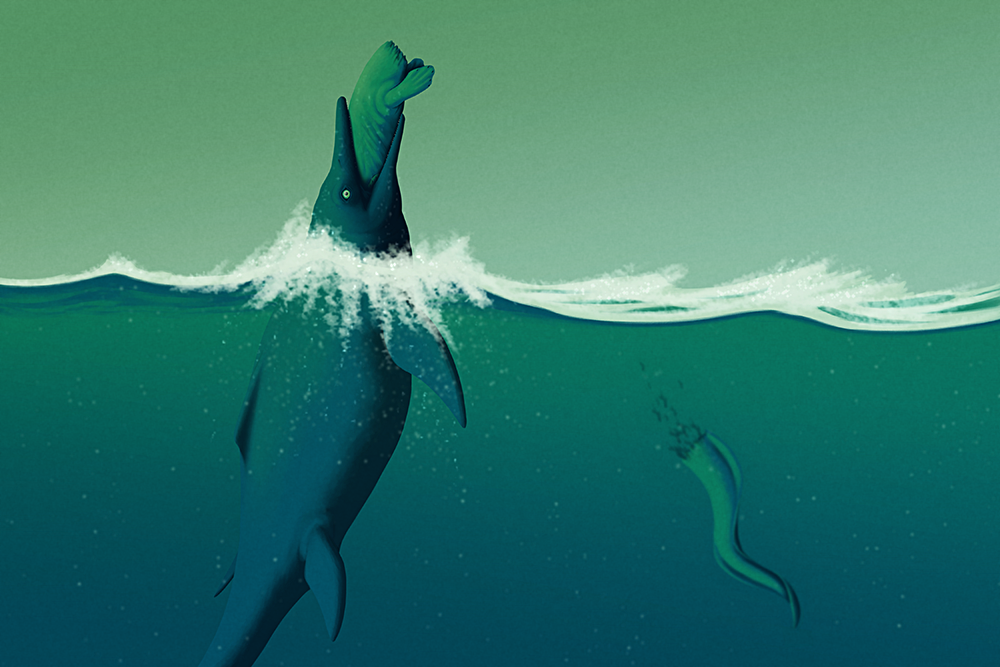 Sometimes sexual dimorphism in the fossil record is hard to identify for certain – and sometimes it’s incredibly obvious.

Harpagofututor volsellorhinus here is a wonderful example of the second category. This 17cm long (~7″) cartilaginous fish was a distant relative of modern chimaeras, and lived during the Early Carboniferous about 326-318 million years ago in the shallow tropical sea that formed the Bear Gulch Limestone deposits in Montana, USA.

While all specimens show an elongated eel-like body, they come in two different forms: one with a fairly normal skull, and one with a pair of huge jointed cartilaginous appendages in front of its eyes that resemble antennae or antlers.

The presence of large claspers on the “antlered” forms indicated they were males, with the weird appendages probably being used either for display or as “grappling hooks” to hang onto females during mating.

(Modern male chimaeras also have clasping structures on their heads!)

Meanwhile a couple of non-antlered specimens preserved with unborn offspring still inside their bodies confirmed that these unadorned forms of Harpagofututor were indeed females. Some of their young were quite large and well-developed, suggesting live birth, and with multiple different fetal growth stages found within a single mother it’s also a rare example of fossilized superfetation.

Despite having a genus name that sounds more like it should belong to a cartoon dinosaur mascot for dental hygiene, Smilesaurus ferox was actually a real gorgonopsian, a predatory synapsid distantly related to modern mammals.

Living in South Africa during the Late Permian, around 259-254 million years ago, Smilesaurus was comparable to a medium-sized dog at around 1m long (3’3″). It had some of the longest sabre-like canine teeth of any known gorgonopsian, proportionally comparable to those of sabertoothed cats – and it may have hunted in a similar manner, using powerful grasping limbs to pin down struggling prey and then dispatching it with slashing bites.

…And it also turns out that when you don’t horribly shrink-wrap a gorgonopsian, you end up with something that looks rather like a bear-hippo.

(For some similarly chonky gorgonopsians, check out Tas’ @i-draws-dinosaurs reconstructions here. Bullet Man was definitely a bit of an inspiration in this.) 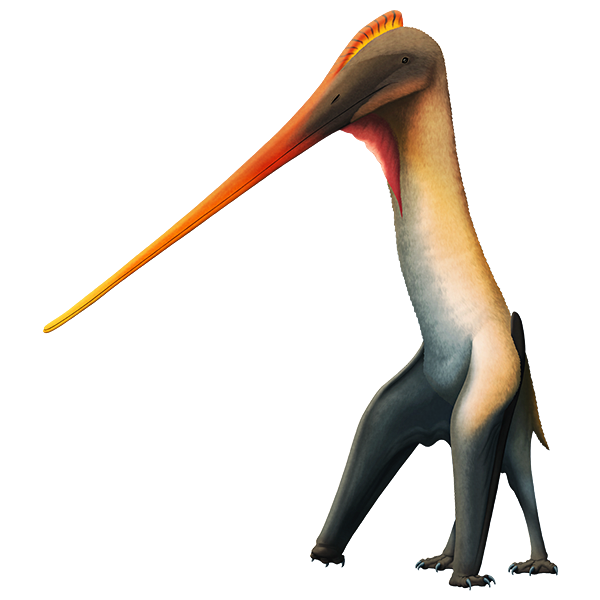 The enantiornitheans (“opposite-birds”) were the most diverse and widespread group of Mesozoic birds, existing all around the world throughout the Cretaceous period. They retained claws on their wings and had toothy snouts instead of beaks, and while most of them lacked the lift-generating tail fans of modern birds they appear to have still been very adept fliers.

But Elsornis keni here was doing something different.

Known from the Late Cretaceous of Mongolia, about 80 million years ago, this opposite-bird  lived alongside famous dinosaurs like Velociraptor and Protoceratops in what is now the Gobi Desert. Only a single partial specimen has ever been found, so its full life appearance is unknown and this reconstruction is somewhat speculative, but it would have been around the size of a pigeon at 25cm long (10″) – not including any decorative tail feathers it may have had, similar to other enantiornitheans.

It wing and shoulder bones were very odd for an opposite-bird, with proportions that don’t match anything capable of competent flight. Instead Elsornis appears to have been a flightless enantiornithean, a representative of a previously unknown terrestrial lineage.