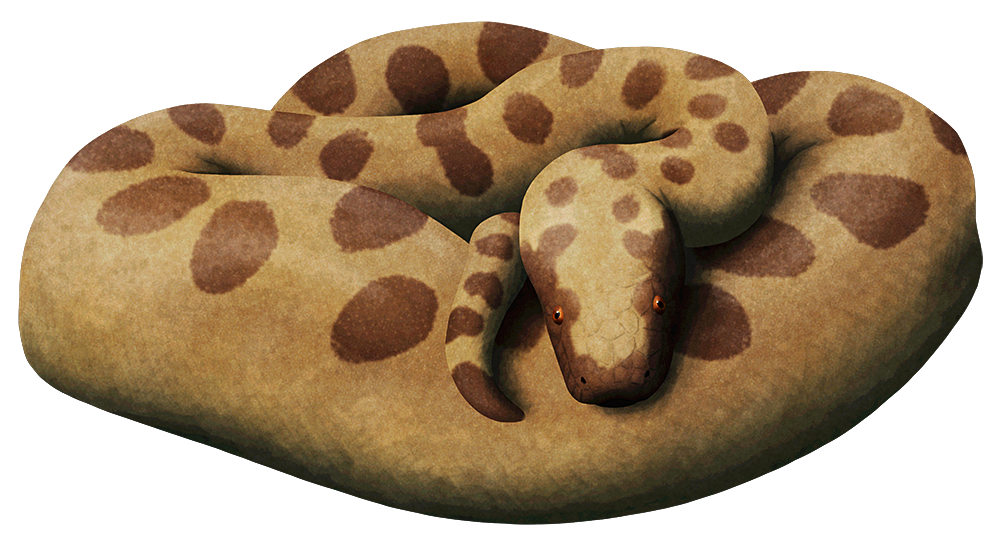 Titanoboa cerrejonensis, a boine snake from the Mid-to-Late Paleocene of Colombia, South America (~60-58 mya). Estimated to have reached lengths of up to 12-14m (39-46′) it was one of the largest known snakes of all time, about twice the length of the biggest modern anacondas and pythons. It was probably able to reach such a huge size due to a combination of factors – mainly a very warm climate and the absence of large terrestrial predators immediately following the K-Pg extinction a few million years earlier.

Despite frequently being depicted eating dyrosaurid crocodiles, the anatomy of Titanoboa’s skull suggests it primarily fed on fish. Considering that some of the fish in its tropical riverine habitat were some of the largest available prey in the area, reaching around 3m in length (10′), a piscivorous diet would actually make a lot of sense for a such a big snake.