Named after a legendary Scandinavian serpent, Joermungandr bolti here was a recumbisrostran “microsaur” – part of a group of animals that were traditionally considered to be lepospondyl amphibians, but more recently have been proposed to in fact be a lineage of early reptiles.

Discovered in the Mazon Creek fossil beds in Illinois, USA, this species dates to the late Carboniferous period around 310 million years ago. A single near-complete specimen about 5cm long (~2″) preserves impressions of the body outline and numerous tiny scales, giving us a pretty good idea of what it looked like in life.

Joermungandr had a long streamlined tubular body with small limbs and a short tapering tail, and a stubby snout with fused bones heavily reinforcing its skull. Along with microscopic ridges on its body scales that resemble the dirt-repelling scales of some modern reptiles, this combination of features suggest it was a headfirst burrower that wriggled its way through soil with snakelike motions. 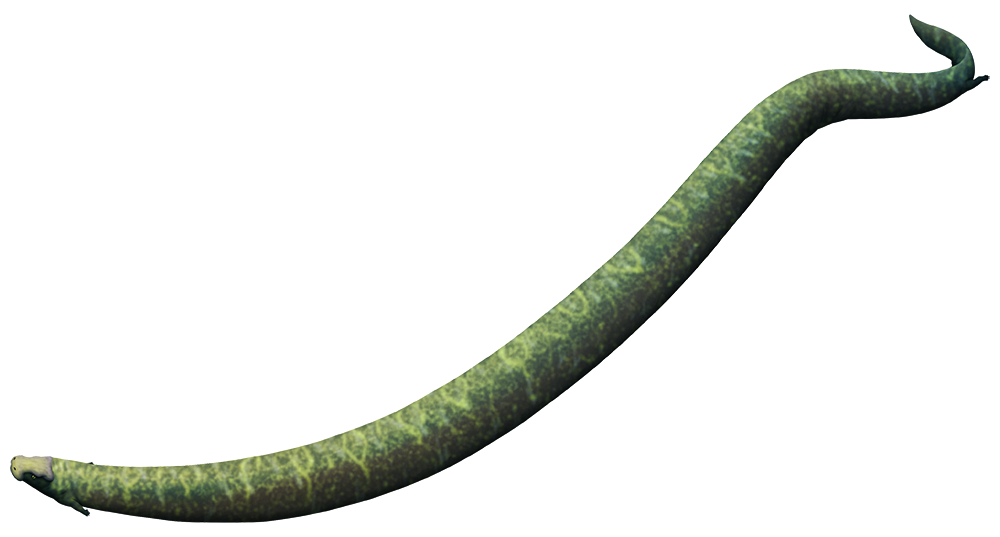 The exact evolutionary relationships between the earliest amphibians and amniotes is rather murky, and the recently-discovered Diabloroter bolti here is a member of a group in the middle of this uncertain classification.

It was part of a lineage known as the recumbirostrans – small burrowing aquatic salamander-like creatures, many of which had elongated bodies and short tails. Although traditionally considered to be lepospondyl “amphibians”, more recent studies have suggested that these animals might instead have been very early true amniotes related to early reptiles.

Measuring only about 6cm long (2.4″), Diabloroter is known from a single fossil  from Illinois, USA, dating to the Late Carboniferous about 309-307 million years ago. Its anatomy indicates it was probably a herbivore – making it one of the earliest known plant-eating tetrapods – with teeth adapted for scraping at algae-covered surfaces and a rather rotund body that would have housed a large gut region.

It also had fairly well-developed limbs, which were probably used for burrowing like many of its close recumbirostran relatives, but may also suggest it spent a lot of time walking around on land.