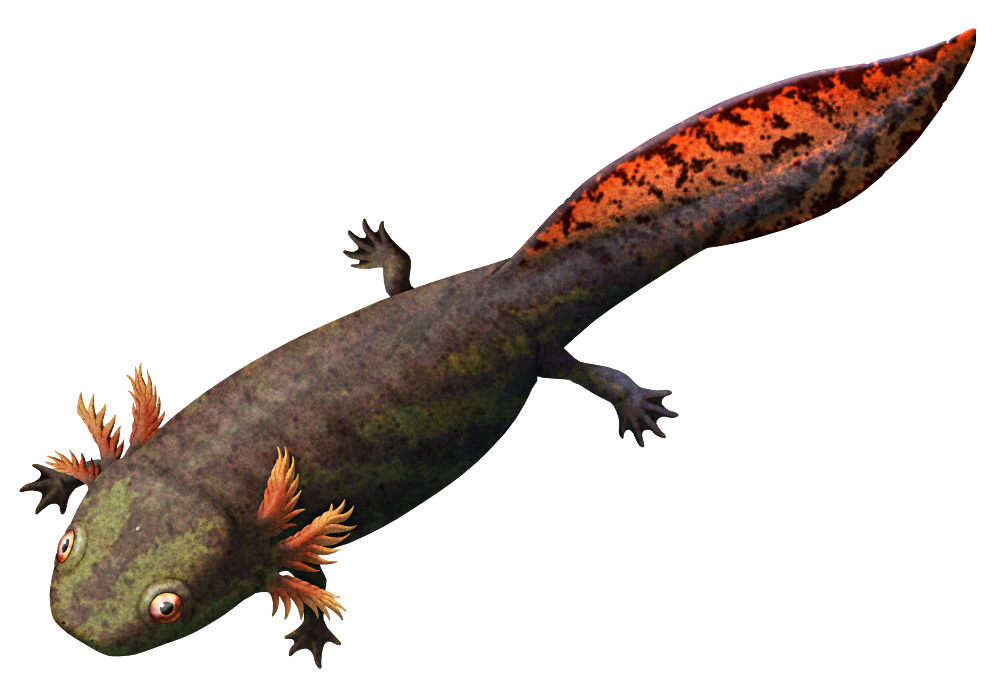 Platycepsion wilksoni was a temnospondyl amphibian that lived during the early-to-mid Triassic (~251-242 million years ago) in what is now New South Wales, Australia.

A single partial skeleton discovered in the 1880s is the only known record of this species, and represents a juvenile that would have been around 15-20cm long (6-8″). We don’t know exactly what it would have looked like as an adult, but it was probably quite similar to other closely-related members of the brachyopid family – mostly-aquatic salamander-like animals with short but wide toothy jaws, eyes set towards the front of the head, small limbs, and paddle-like tails.

A recent re-analysis of the Platycepsion specimen found evidence of soft-tissue preservation of external gills, showing that it wasn’t just a juvenile but a true larva, a sort of temnospondyl “tadpole”.

Distinct larval stages have been found in a few other types of temnospondyls, but this is the first definite example from the stereospondyls, a major Mesozoic lineage that survived all the way into the Early Cretaceous.