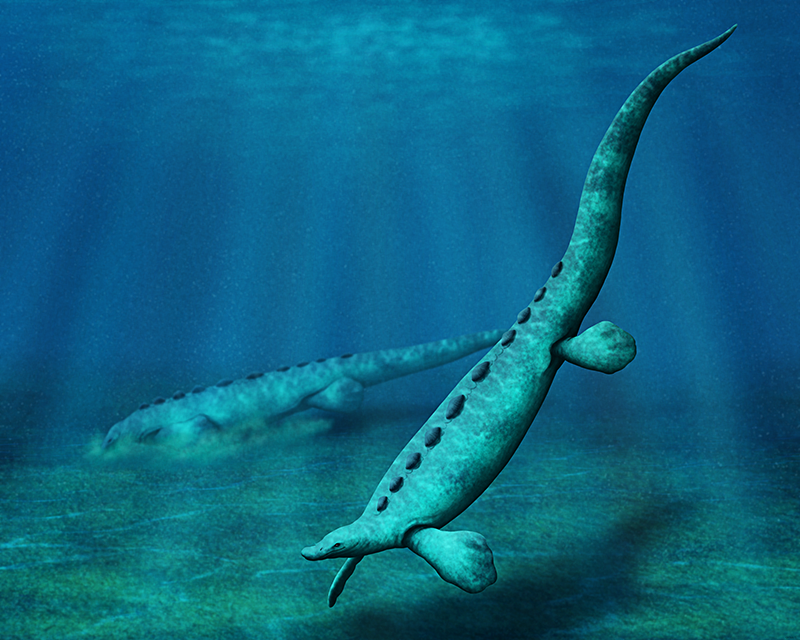 This species was originally named back in 2015, but at the time the only known specimens were missing their heads. It was assumed that its skull would have looked similar to those of other hupehsuchians… but now new fossils have been found, and it seems to have actually been much much weirder!

Eretmorhipis’ head was surprisingly tiny in proportion to its body – sort of like a marine version of Cotylorhynchus – and its shape convergently resembled the modern platypus, with a wide “duck bill” and very small eyes. It may have hunted for food along the seafloor in a similar manner to the platypus, using either a highly sensitive sense of touch or possibly even electroreception to locate small invertebrates like worms and shrimp.

It also had much larger bony osteoderms than its other known hupehsuchian relatives, forming a distinctive protruding spiky ridge down its back. At about 85cm in length (2′9″) it was one of the largest marine animals around at the time, so this structure probably wasn’t needed for defense – but as with other hupehsuchians its actual function is still unknown.