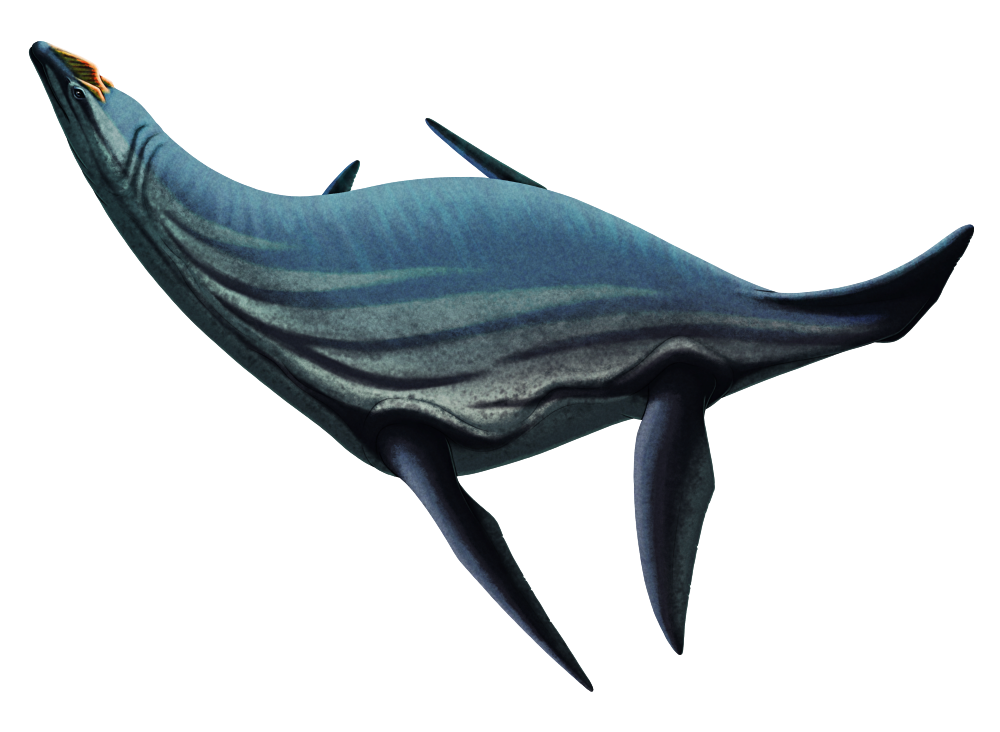 Umoonasaurus demoscyllus was a small short-necked plesiosaur, about 2m long (6’6″), that lived in the polar shallow seas covering much of what is now Australia 115 million years ago during the Early Cretaceous.

Its known fossil remains include a specimen nicknamed “Eric”, one of the most complete opalized vertebrate skeletons ever found.

While most of its body was fairly generalized for a plesiosaur, its skull was unusually ornamented. A raised ridge along the middle of its snout shows evidence of supporting a larger keratinous crest, and smaller ridges over each of its eyes may have also had similar structures. These crests were fairly delicate so were probably mainly used for visual display, and might have been brightly colored.