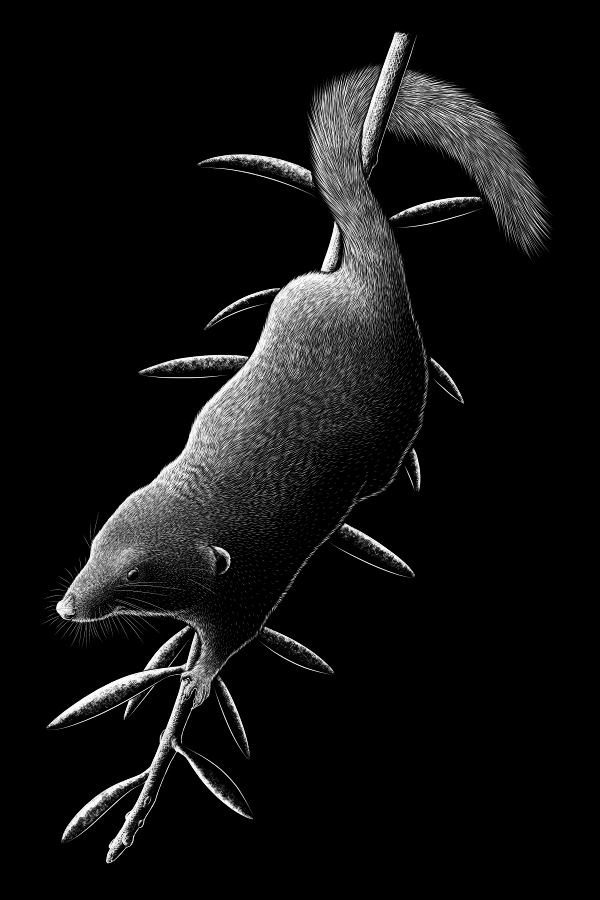 Towards the end of the Cretaceous, about 69 million years ago, the most diverse and numerous mammals in the northern hemisphere were the metatherians, close relatives of modern marsupials.

About the size of a modern mouse, around 10-15cm long (4-6″), and with teeth that suggest it was a shrew-like insectivore, this little metatherian lived in northern Alaska in what’s known as the Paaŋaqtat Province – a region with a distinctive population of endemic polar animals. At the time this area was located at an even higher latitude than it is today, around 80-85ºN, but due to a greenhouse climate it was also warmer, with no permanent ice and the average temperatures staying above freezing.

Unnuakomys was by far the most common mammal species in the Paaŋaqtat Province, represented by numerous fossil teeth and a few jaw fragments, and it also seems to have been the only metatherian living in the whole region. This may just be a preservation bias in the fossil record, but it might also indicate that Unnuakomys was uniquely specialized to endure the several months of continuous darkness each winter in its polar woodland environment, while other North American metatherians were restricted to more southerly latitudes.