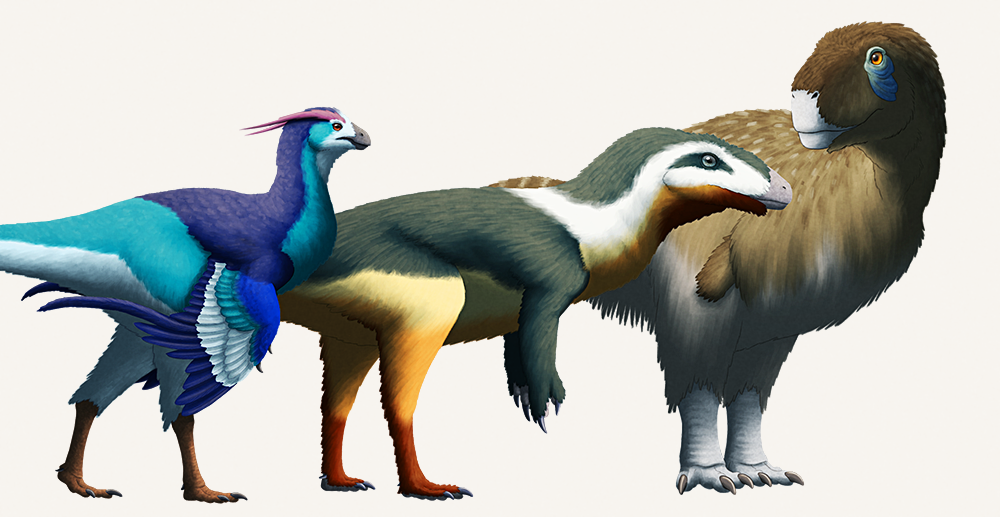 In the early 1970s an opalized dinosaur leg bone in a South Australian gem shop came to the attention of paleontologist Neville Pledge. The specimen’s owner allowed it to be borrowed and studied, and it was eventually named as Kakuru kujani – Kakuru after the Rainbow Serpent of Australian Aboriginal mythology, and kujani after a variant spelling of the Guyani, the local indigenous people. Later the fossil was auctioned off to another private owner and lost to science for nearly 30 years, until finally being acquired by the South Australian Museum in 2004.

But all we really know about Kakuru is that it was some sort of theropod dinosaur. The 33cm (1′) tibia probably belonged to an animal up to about 2m long (6′6″), living during the Early Cretaceous (~125-112 mya), but any placement in a specific group is almost impossible. Based on particular features of the bone – such as a tall and narrow astragalar process – it’s been proposed to be either an oviraptorosaur or an abelisaur. But more recent examinations have concluded the bone’s preservation is too poor for those features to be confidently identified, and consider Kakuru to be a basal coelurosaur or even just a dubious name for an indeterminate theropod.

It’s all a bit of a mess, really, and more and better material is needed to clear up this mysterious dinosaur’s identity.

I’ve restored Kakuru here in three different ways, to illustrate just how varied the interpretations are – on the left, an early oviraptorosaur; in the middle, a generic coelurosaur; and on the right, an abelisaur.

(Yes, the abelisaur is fluffy. South Australia was within the Antarctic Circle during the Early Cretaceous, and while the climate there wasn’t as cold as it is today it was still chilly enough for some floofy insulation to be useful.)