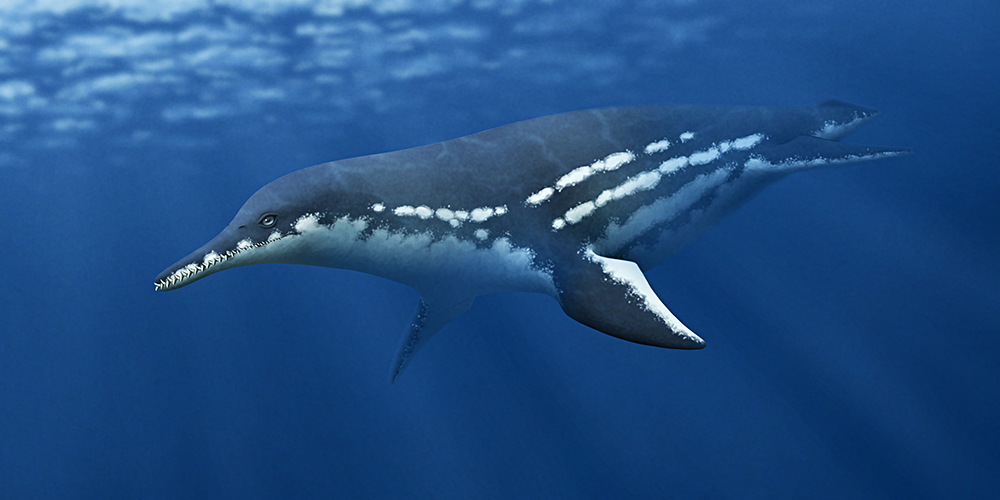 Mauriciosaurus fernandezi, a polycotylid plesiosaur from the Late Cretaceous of Mexico (~94-89 mya). About 1.9m long (6′3″) with a flipper-span of 1.5m (4′11″), it’s known from a near-complete skeleton with preserved soft tissue impressions. The fossil shows evidence of rows of very tiny scales, the skin outlines of the flippers, and also a thick layer of insulating blubbery fat.

Its body shape in life would have been similar to modern leatherback turtles, roughly teardrop-shaped and hydrodynamic – much chubbier than most plesiosaur reconstructions had been previously depicting!