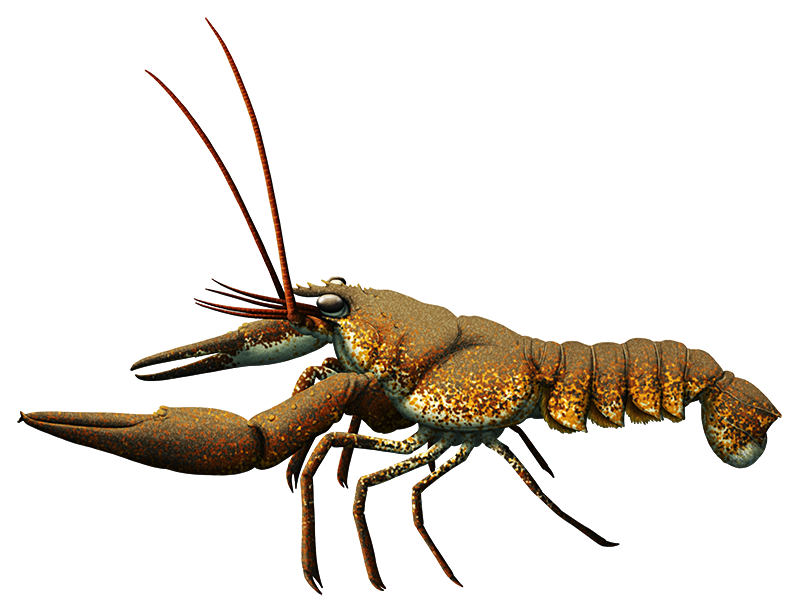 Hoploparia was a type of clawed lobster that first appeared in the fossil record in the Early Cretaceous about 140 million years ago. Many many different species within this genus have been found all over the world – over 100 of them have been described! – with quite a lot of anatomical diversity between them, showing that these lobsters were very good at adapting to a wide range of habitats and climates.

Although the vast majority of Hoploparia species lived just in the Cretaceous period, a small number of them did survive the end-Cretaceous mass extinction 66 million years ago. Hoploparia stokesi here was one of them, known from both the Late Cretaceous and Early Paleocene of Antarctica (~70-61 mya) – and was actually one of the first fossils ever described from the continent.

Specimens of this species are usually about 13cm long (5″), and show an evolutionary shift over time, developing much stronger claws and jaws, suggesting they were adapting their diet towards hard-shelled prey.

Various species of Hoploparia persisted on in North America, Europe, and Antarctica for the first half of the Cenozoic, but they never recovered to anywhere close to their Cretaceous levels of diversity. By the Early Miocene (~23-16 mya) there was just one known species left hanging on in Antarctica, and then they were gone.

(However, some modern lobster genera may in fact have originated from somewhere within the huge Hoploparia lineage back in the Cretaceous, so they might at least still have some close living relatives!)