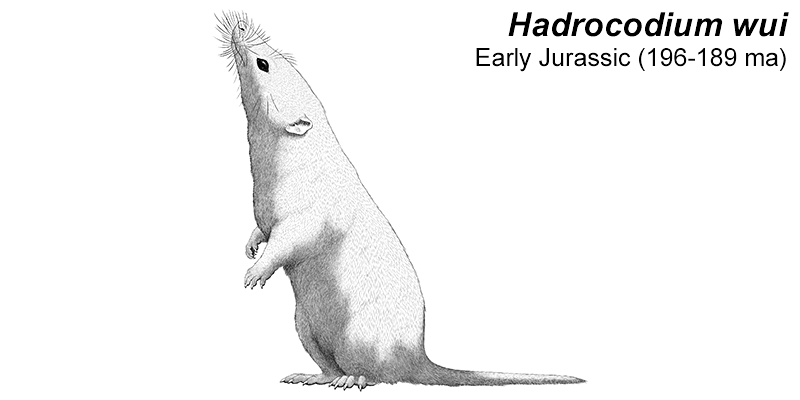 Falling evolutionarily between the docodonts and Mammalia itself, Hadrocodium is an important transitional form in the early mammal family tree. Something very similar to it would have been the common ancestor of all modern mammals.

Living in China during the Early Jurassic (196-189 mya), it was one of the first known mammals to have both an enlarged brain cavity and the characteristic middle ear bones of modern mammals, about 45 million years earlier than such traits were previously thought to have evolved.