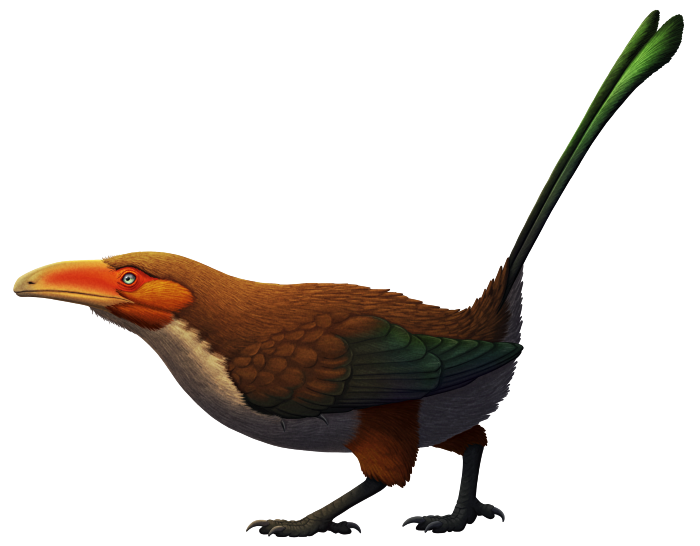 Modern birds’ upper beaks are made up mostly from skull bones called the premaxilla, but the snouts of their earlier non-avian dinosaur ancestors were instead formed by large maxilla bones.

And Falcatakely forsterae here had a very unusual combination of these features.

Living in Madagascar during the Late Cretaceous, about 70-66 million years ago, it was around 40cm long (1’4″) and was part of a diverse lineage of Mesozoic birds known as enantiornitheans. These birds had claws on their wings and usually had toothy snouts instead of beaks, and many species also had ribbon-like display feathers on their tails instead of lift-generating fans.

Falcatakely had a long tall snout very similar in shape to a modern toucan, unlike any other known Mesozoic bird, with the surface texture of the bones indicating it was also covered by a keratinous beak. But despite this very “modern” face shape the bone arrangement was still much more similar to other enantiornitheans – there was a huge toothless maxilla making up the majority of the beak, with a small tooth-bearing premaxilla at the tip.

This suggests that there was more than one potential way for early birds to evolve modern-style beaks, and there may have been much more diversity in these animals’ facial structures than previously thought.