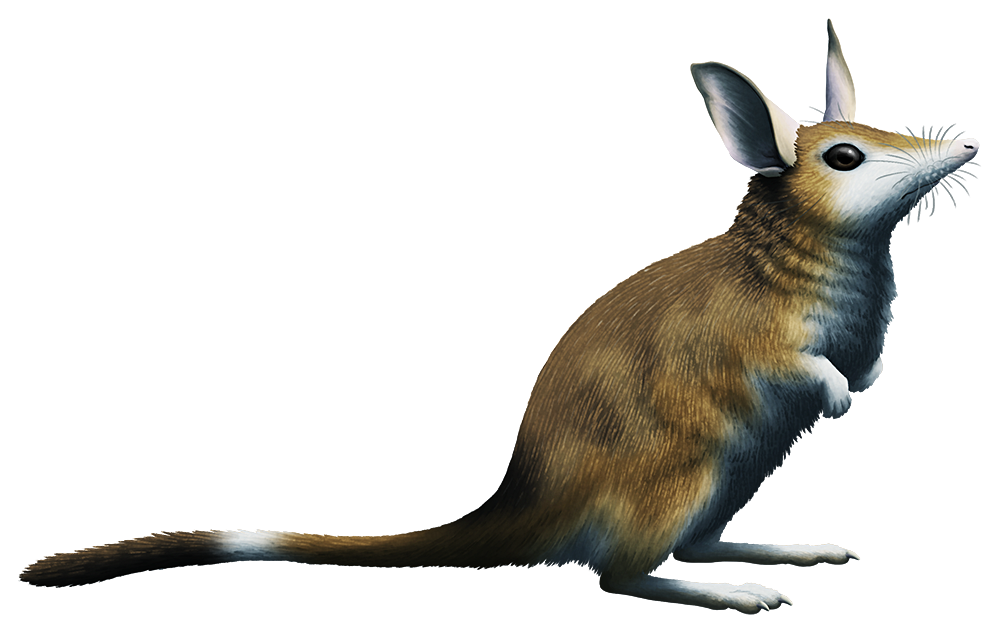 While the opossum-like herpetotheriids and peradectids survived in the northern continents for most of the Cenozoic, a wider variety of metatherian mammals were found in the south. Alongside the true marsupials and the sparassodonts, a group known as the polydolopimorphs existed in South America for over 60 million years. Although most of the their fossil remains consist only of isolated teeth and jaw fragments, they seem to have been a very diverse group that adapted to a wide range of ecological niches including insectivores, herbivores, and fruit-eating and seed-eating specialists.

Their exact evolutionary position within the metatherians is still rather unclear and under dispute, with different studies giving different results. They were probably marsupialiformes, slightly less closely related to marsupials than the herpetotheriids, but some paleontologists instead consider them to have been true marsupials related to either the shrew opossums or the microbiotheres. (And some go with both options, proposing that they weren’t even a natural group but were polyphyletic, with some being marsupialiformes and others being true marsupials.)

The earliest definite polydolopimorph fossils come form the very start of the Paleocene in South America (~66 mya), but their lineage likely goes further back into the Late Cretaceous – possible remains from North America suggest they may have originated there at least 70 million years ago, with their ancestors migrating into South America shortly before the end-Cretaceous extinction. A few also reached Antarctica by the Late Eocene (~40-33 mya), before the continent had fully separated from its neighbors and frozen over, but it’s unclear whether any ever made it as far as Australia alongside their marsupial relatives.

They were most diverse during the first half of the Cenozoic, and in the latter half they were represented mainly by a highly specialized lineage called the argyrolagids. Known from western and southern South America (Peru, Bolivia, Argentina, and Chile) from the Early Oligocene onwards, these polydolopimorphs were convergently rodent-like desert herbivores with short forelimbs and long hopping hindlimbs that gave them a resemblance to jerboas or springhares.

Argyrolagus palmeri here lived during the Early Pliocene of Argentina (~5-3.5 mya). About 40cm long (1′4″), it had only two toes on its feet, a long pointed snout, and large eyes and ears that indicate it was probably nocturnal.

These last polydolopimorphs survived until at least the end of the Pliocene, around 2.5 million years ago. Their disappearance coincides with the time of the Great American Interchange – when South America became connected to Central and North America – and they may have been some of the victims of the extinction caused by the influx of placentals from the north.