Like much of the Caribbean, Puerto Rico originated as part of a Mesozoic volcanic island arc. While in theory this could have resulted in the region retaining some relict populations of weird Cretaceous species, there’s a major reason this didn’t actually happen: the asteroid impact event 66 million years ago. The proximity to Chicxulub would have been devastating to the proto-Caribbean at the time, with tsunamis as high as 500m (1640′) battering the islands and destroying practically everything that lived there at the time.

Afterwards subsidence in the early Cenozoic submerged many of the islands and drowned whatever was left, so it wasn’t until later tectonic uplifting that land re-emerged and was able to be recolonized by species via rafting and island hopping (or possibly via a short-lived land bridge).

Caviomorph rodents arrived from South America around the start of the Oligocene, about 33 million years ago, and became very successful due to being some of the only land mammals present on many of the islands. The only modern survivors of this lineage are a handful of hutias, but in the past they were much more diverse — and some of them were giants.

Tainotherium valei lived in Puerto Rico during the Late Pleistocene and early Holocene, and while it wasn’t quite the largest of the giant hutias it was still enormous. It’s only known from a single partial leg bone, so its full size is difficult to estimate, but it was probably somewhere around 80cm tall at the shoulder (2’7″) and weighed about 100kg (220lbs) – similar in size to a modern black bear.

And that leg bone is especially unusual, showing anatomical adaptions associated with tree-climbing. This is strange for such a huge heavy mammal, but it may have been an ecological equivalent of something like the giant Malagasy lemurs, a slow-moving animal that climbed up trees to feed and regularly traveled over the ground from one feeding site to another.

During the Pleistocene lower sea levels meant most of the Puerto Rican archipelago was part of a much larger landmass that also included most of the nearby Virgin Islands, and the predominate climate at the time was a dry savanna. As sea levels rose at the start of the Holocene the climate shifted wetter and Puerto Rico became densely forested. This would have been advantageous for a tree-climbing animal like Tainotherium, so it was likely still around when the first humans arrived in around 3000-2000 BCE.

Unfortunately these early settlers appear to have burned large amounts of the forests for the first few centuries of their presence, and such widespread habitat destruction would have driven this giant rodent extinct very quickly. 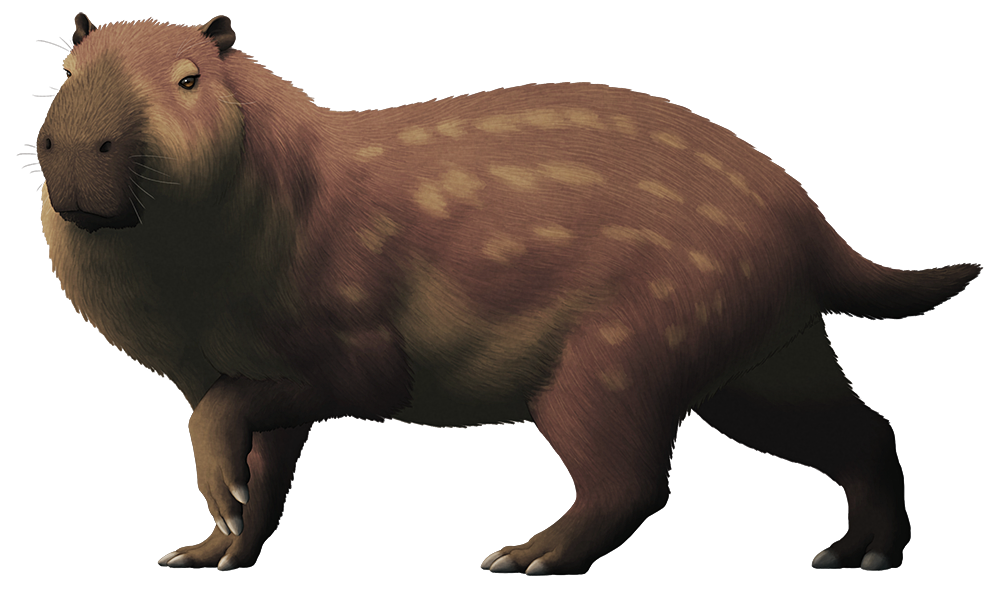