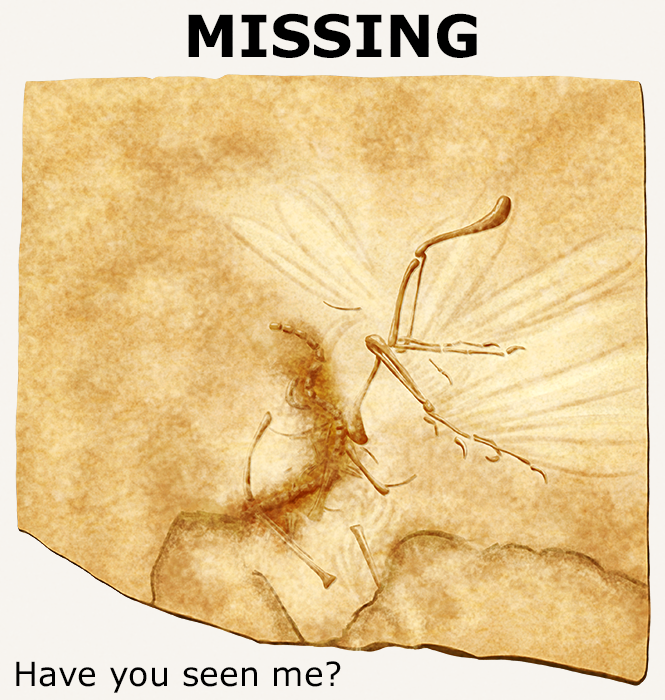 One of the most famous of all fossil organisms, and a classic example of a transitional form, Archaeopteryx is currently known from 12 body fossil specimens.

Except one of them is missing.

The Maxberg specimen was part of the private collection of Eduard Opitsch, the owner of the Bavarian quarry where it was originally discovered in 1956. Despite being partially disintegrated, and missing its head and tail, it was still an immensely important discovery – at the time, it was only the third recognized Archaeopteryx ever found.

After briefly attempting to sell the new Archaeopteryx, Opitsch eventually allowed it to be held at the local Maxberg Museum. In 1974 he permitted casts to be made from it – but then suddenly removed it from public display and refused all further requests to access or study it.

(This may have been a reaction to the 1973 announcement of the more complete Eichstätt specimen. Opitsch, who was described as having “a difficult personality”, became increasingly defensive about the fossil, seeming to feel this new discovery was getting more attention and was deliberately devaluing his own.)

From then on the Maxberg specimen was lost to science.

When Opitsch died in 1991 his heir attempted to locate the fossil – it was rumored to be kept under his bed – but it was nowhere to be found. There’s some speculation that he was buried with it, literally taking his prized Archaeopteryx to the grave as a final act of spite. Another possibility is that it was stolen and sold in secret, perhaps to this day hidden away in a wealthy owner’s private collection.

It’s been missing for over 25 years, but there’s still lingering hope that the missing Maxberg specimen will one day resurface.

For now, though, all we have left are a few casts, photographs, and x-rays.