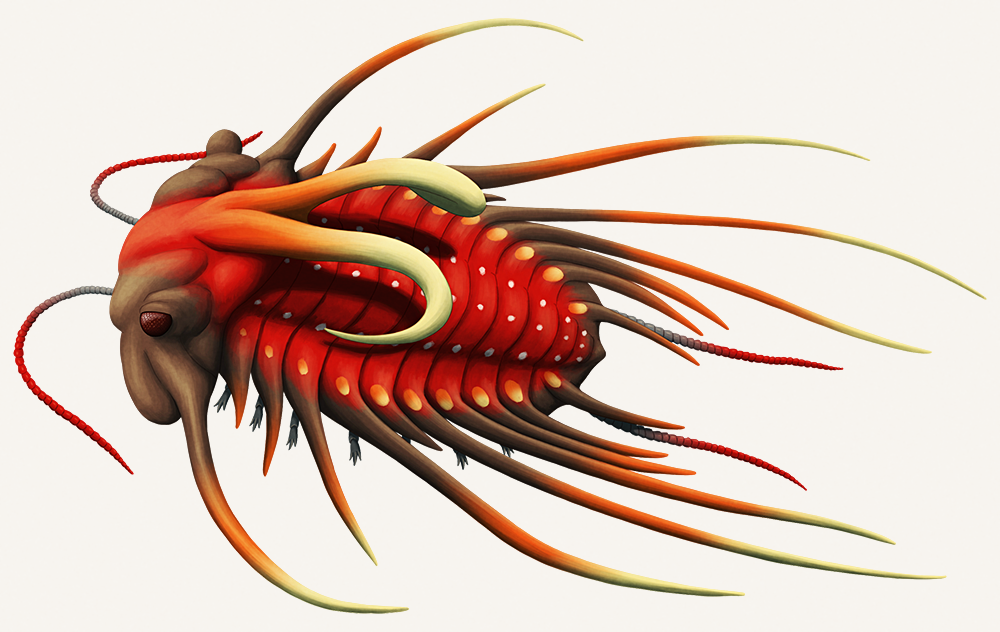 Trilobites are common and recognizable fossils, found around the world from the Early Cambrian to the Late Permian (521-250 mya), and ranging in size from 1mm to 72cm (0.03″ – 2′4″). They were some of the first organisms on Earth with complex eyes, and some groups also developed ornamentation like spines, horns, and tridents. The image above depicts a particularly elaborate genus known as Dicranurus.

Occasionally fossils have been found showing fine details of trilobite anatomy like antennae, legs, gills, and digestive organs, and we’ve even recently discovered their eggs.

And yet we don’t really know where they came from. Much like the pterosaurs we started the month off with, trilobites appear suddenly in the fossil record with no intermediate or ancestral forms to definitively link them to other groups. We know they were definitely arthropods, but which arthropods they were most closely related to is still uncertain.

They might be related to the chelicerates (arachnids, horseshoe crabs, and eurypterids), or they might be part of the mandibulates (crustaceans, insects, and myriapods). But the exact relationships of these major arthropod groups are still in dispute, too, and phylogenetic results can vary wildly depending on whether trilobites are included in the analysis or not.

It’s probably going to be some time before any sort of consensus is reached.