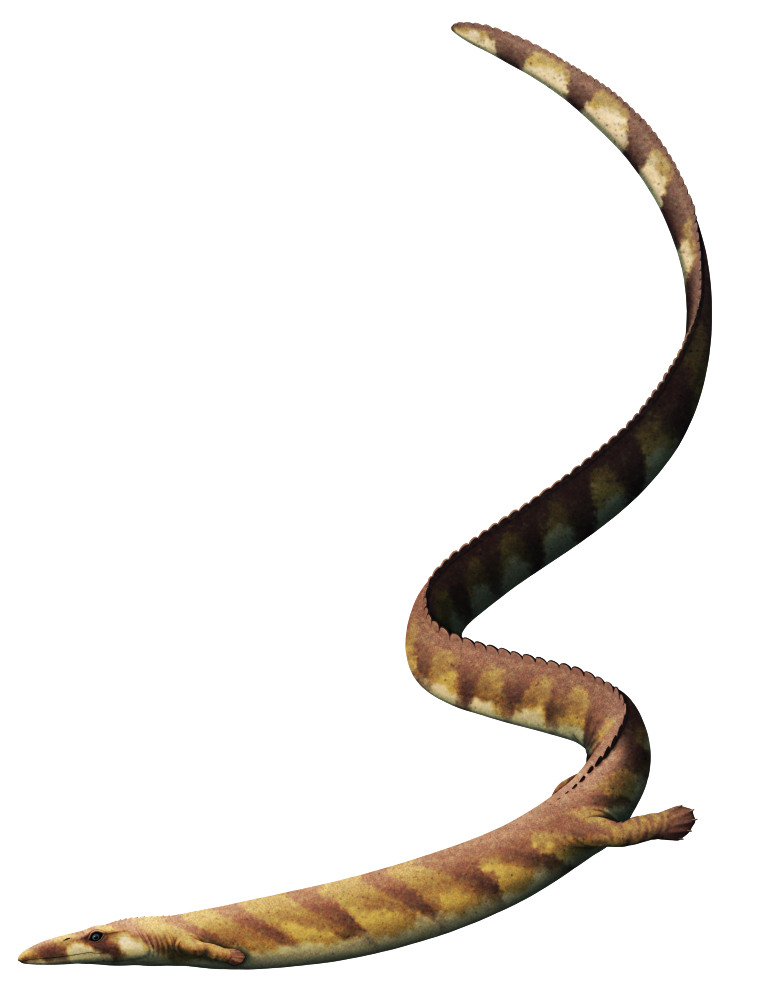 The modern tuatara is the only living representative of an entire major lineage of reptiles known as sphenodontians – an evolutionary “cousin” group to all lizards and snakes, last sharing a common ancestor with them over 240 million years ago.

And during the Triassic and Jurassic these lizard-like animals were a widespread and diverse bunch, found worldwide and occupying many of the ecological roles that were later taken over by true lizards. They ranged from tiny insectivores to omnivores, relatively large herbivores, and specialized shell-crushers – and some even adapted to a fully aquatic fish-eating lifestyle.

Pleurosaurus ginsburgi here lived during the Late Jurassic, about 150-145 million years ago, in the warm shallow seas and lagoons that covered most of Europe at that time. Fossils of this particular species are known from southern France, with the closely related Pleurosaurus goldfussi found in both the same region and the German Solnhofen Limestone.

These swimming sphenodontians could grow to around 1.5 in length (~5′), with elongated bodies, pointed triangular snouts with retracted nostrils, short flipper-like forelimbs, and especially long eel-like tails. Soft tissue impressions also show scaly skin covering their bodies and a “frill” running along the top of the tail.