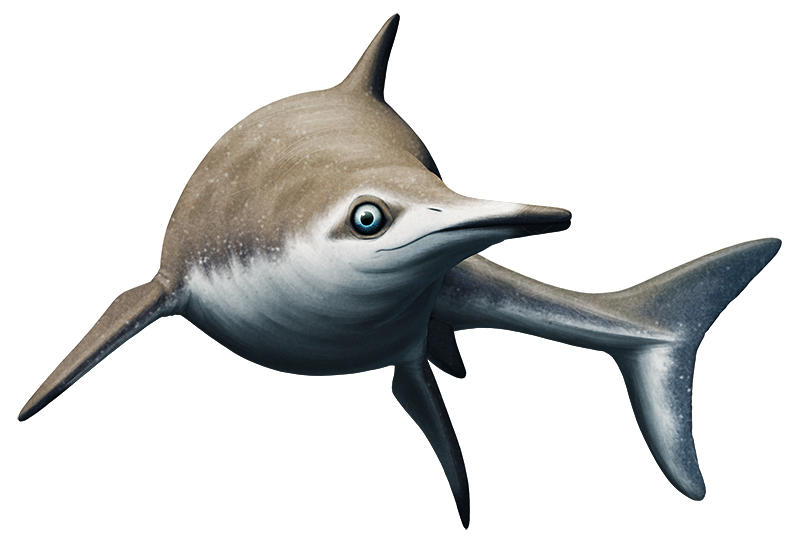 The recently-described Ascendonanus nestleri from the Early Permian of Germany (~290 mya). This 40cm long (1′4″) animal was a member of a group called varanopids – which may have been an early branch of the synapsid lineage and distantly related to modern mammals*.

Known from several near-complete fossils that include rare soft tissue impressions, it’s the first varanopid to show preserved skin details – revealing a pattern of very lizard-like rectangular scales. If it is a synapsid this is a pretty big deal, since early synapsids were previously thought to have had scale-less leathery skin.

It also had unusual mosaic-like patches of tiny osteoderms above its eyes, a feature previously known only in some temnospondyl amphibians. Whether this was the result of convergent evolution or the trait actually being ancestral to most tetrapods is unclear.

Its slender body, long digits, and highly curved claws indicate it was an agile climber. It probably mainly lived up in the treetops, feeding on insects, making it one of the earliest known tetrapods specialized for an arboreal lifestyle.

(*Maybe. There’s apparently an upcoming study that suggests varanopids might actually be sauropsids instead.)