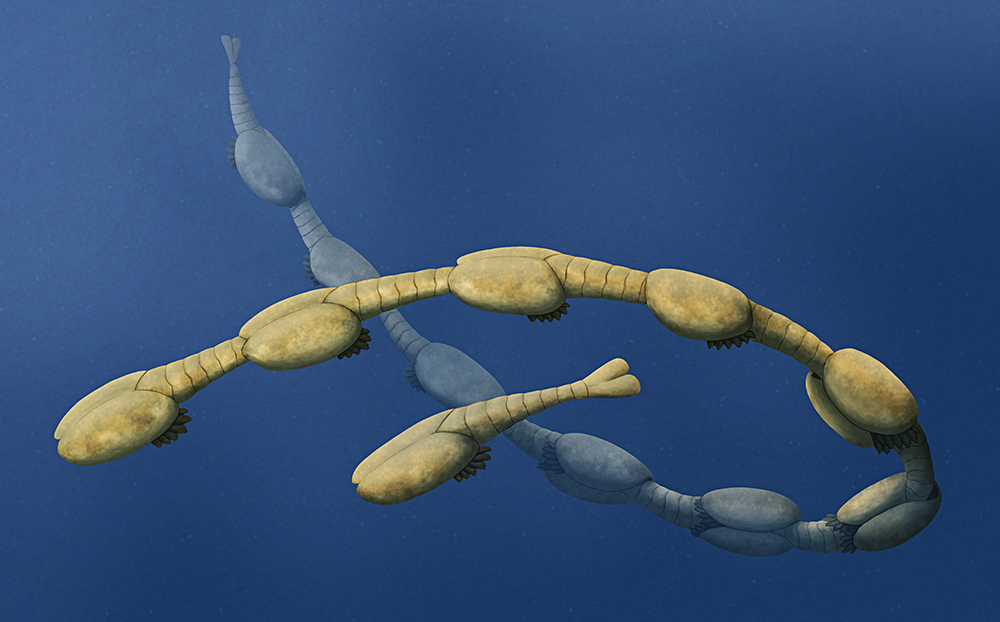 Synophalos xynos, a shrimp-like arthropod from the Early Cambrian of China (~515 mya). Thought to be closely related to stem-crustaceans like Waptia, it was about 2cm long (0.75″) and had a bivalved carapace with a segmented body ending in a forked tail.

Unlike any other known arthropods, however, it formed long “conga line” chains of up to twenty individuals, with the tail of each animal locking securely into the shell of the next. The function of the these chains is unknown, although suggestions include some sort of mating behavior, migration, or defense against predators.

Only one specimen was found completely on its own, and its slightly longer carapace suggests it may represent a different solitary life stage of these strange little creatures.