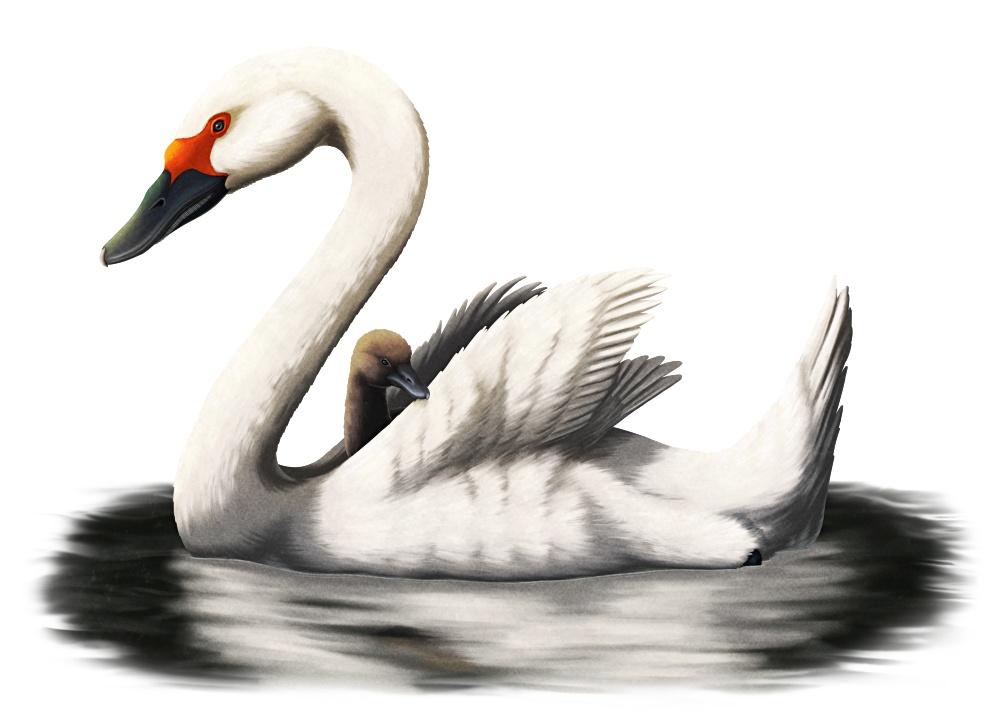 Around 11 million years ago, during the late Miocene, much of what is now northern Honshu in Japan was submerged under fairly deep ocean waters. This offshore environment was inhabited by a variety of ancient sea-going tetrapods such as turtles, desmostylians, seal-like allodesmines, archaic baleen whales, and early oceanic dolphins… and also one very unexpected bird.

Annakacygna hajimei, also known as the Annaka short-winged swan, was the same size as a modern black swan at about 1.2m long (~4′), but had a combination of features unlike any of of its living close relatives. Its head was proportionally large, and it had a long spoon-shaped bill like a shoveler duck, lined with comb-like structures for filter-feeding on plankton. It also had widened hips that would have helped keep it stable floating in rough waters, its tail was highly mobile and muscular, and its feet resembled those of diving birds like loons.

With thickened heavy bones and shortened forearms it was clearly completely unable to fly, but its reduced wings appear to have been highly specialized rather than just vestigial. Its shoulders were extra flexible while its wrists had a more limited range of motion, allowing it to fold its wings into a distinctive half-raised position similar to modern mute swans.

It probably used its wings and tail to perform elaborate “busking” visual displays, and also to carry and protect its young on its back while out at sea – basically making itself into a living swan boat.