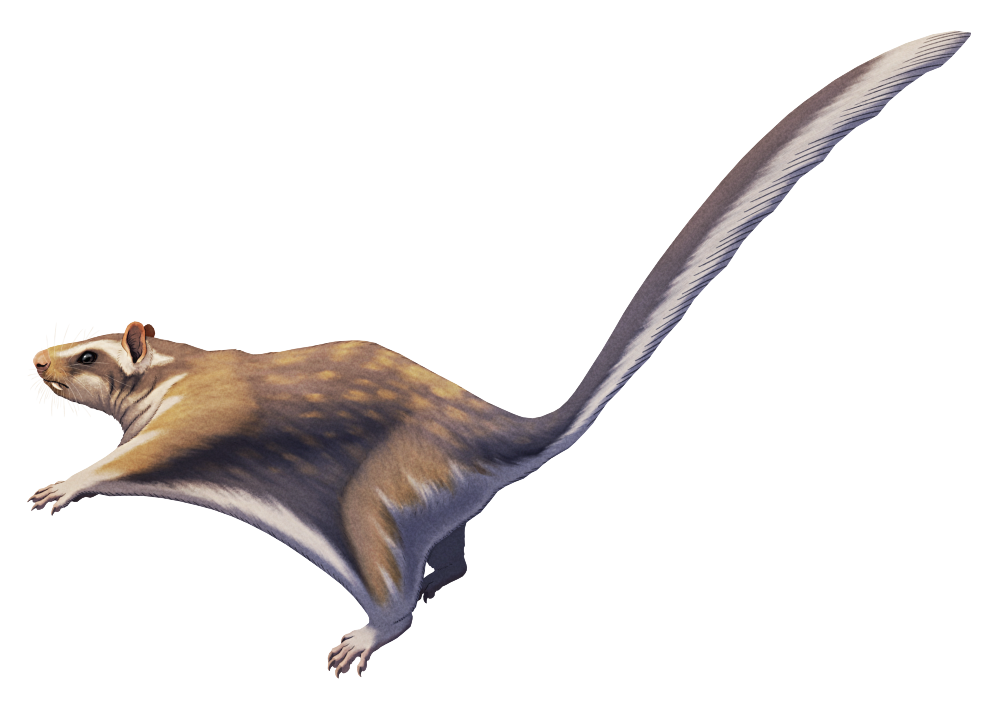 Gliding has convergently evolved multiple times within mammals, from the Jurassic-aged haramiyids and volaticotheres to numerous species of modern marsupials, rodents, and colugos.

And yet despite the huge diversity of gliding mammals, and their particular prevalence in tropical forests, there’s an entire continent famous for its rainforests that’s somehow completely lacking any modern examples: South America.

It’s not clear why the gliding lifestyle never took off in South America, but the continent is surprisingly devoid of any other gliding vertebrates, too. The only exceptions are a few species of flying frogs in the northwestern tropical forests around Colombia.

But back in the early Eocene, about 53-50 million years ago, there was at least one South American gliding mammal. Some fossil limb bones found in the Itaboraí Formation in southeastern Brazil look very much like those of a gliding mammal – long and thin, with a locking elbow joint, knees adapted for jumping, and flexible ankles typical of tree-climbers.

These remains haven’t been given a new scientific name, however, because there’s a good chance they belong to an already-described species. Fossils from Itaboraí are found disarticulated, broken, and with bones of multiple different species jumbled together, so most fossil mammals named from the site have been based on their more easily distinguishable teeth and jaw fragments.

The problem is matching those teeth with these bones.

Currently the best identity guess based on size is Gaylordia macrocynodonta. This mammal would have been around 30cm long (1′), about the size of a modern rat, and had distinctive large canine teeth. It used to be classified as a marsupial related to opossums, but more recent studies have found it to have actually been a marsupialiform metatherian instead, much more closely related to Pucadelphys and sparassodonts than to any modern true marsupials.

Gaylordia‘s crushing molars suggest it was carnivorous, able to crunch through bones or hard-shelled invertebrate prey. This would be a very unusual diet for a gliding mammal, since most other mammalian gliders are herbivores or omnivores – the only other known predatory examples were the volaticotheres over 110 million years earlier.