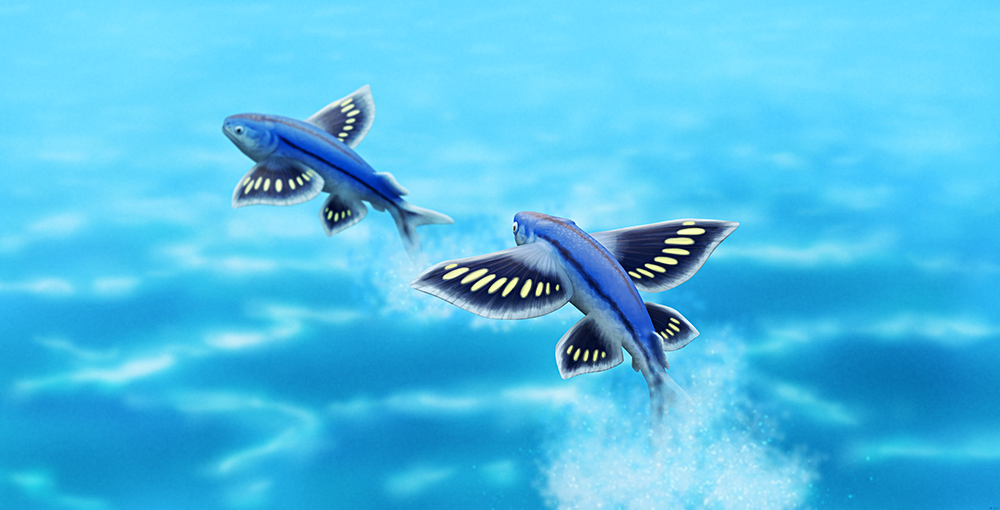 Potanichthys xingyiensis, a fish from the Middle Triassic of China, living around 235-242 million years ago.Measuring about 15cm long (6″), it was one of the oldest known fish capable of aerial gliding – possessing a “four-winged” body plan with enlarged pectoral and pelvic fins, and an asymmetrical tail with a long lower lobe. It was also almost completely scale-less, which may have helped to reduce drag and make it more aerodynamic.

Despite the similar appearance it had no close relation to modern flyingfishes, and was instead a result of convergent evolution in a completely different lineage of the ray-finned fishes.