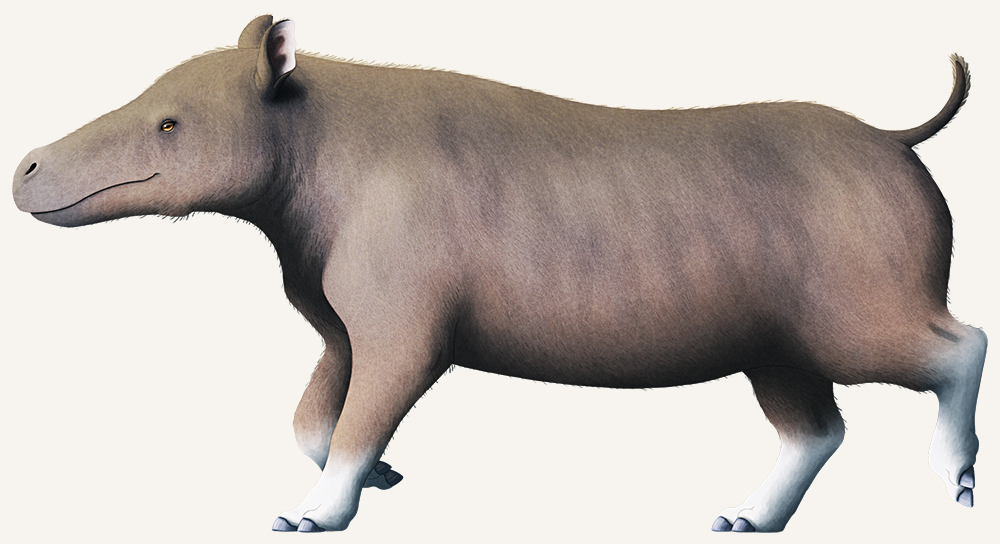 During a 1923 expedition by the American Museum of Natural History to Inner Mongolia, China, a huge mammal skull was discovered dating to the Middle Eocene (~48-37 mya). About 83cm long (2′8″), with small low-set eyes, it was named Andrewsarchus mongoliensis in honor of expedition member Roy Chapman Andrews.

Almost a century later that one skull is still all we have. And despite this animal’s popularity among paleo-fans, we actually know very little about it.

It was originally classified as a mesonychian, leading to the many many depictions of it as a sort of “big bad wolf”. But more recent studies have placed it in the even-toed ungulates instead, with some suggestions that it might be most closely related to entelodonts, hippos, and whales.

Although it was certainly a big animal, it may not have been the giant “super predator” it’s often depicted as – its teeth aren’t particularly specialized and resemble those of entelodonts, suggesting it may have been more of an opportunistic omnivore than a dedicated carnivore.

Without more material we just don’t know for certain. So, frustratingly, the rest of Andrewsarchus’ body remains a mystery.

I’ve reconstructed it here based on one of its more obscure possible relatives: the anthracotheres, a group which may have been closely related to modern hippos. Scaling its body proportions to these animals produces rough measurements of about 1.45m tall at the shoulder (4′9″) and 3m long (9′10″), or about the same size as some of the big entelodonts or large modern bears.