Trilobites were one of the most successful groups of early animals, existing for over 300 million years – and during that time they developed a huge diversity of weird heads, with various arrangements of spines, horns, eyestalks, and even long snouts and tridents.

But perhaps one of the oddest was the genus Odontocephalus, known mainly from the early-to-mid Devonian and represented here by Odontocephalus aegeria.

Living about 390 million years ago in northeast North America, this trilobite grew up to around 9cm long (3.5″). And although it wasn’t overall very elaborately ornamented, the front margin of its head had a row of extensions that flared out to meet at their tips, forming something resembling the cowcatchers used on trains.

The actual function of this structure is unknown. It might have been purely used for visual display since trilobites had excellent vision – but Odontocephalus was also a fast-moving bottom-dweller, and its “cowcatcher” may have served the same sort of purpose as its modern equivalent, deflecting small obstacles in its path as it trundled along the seabed. 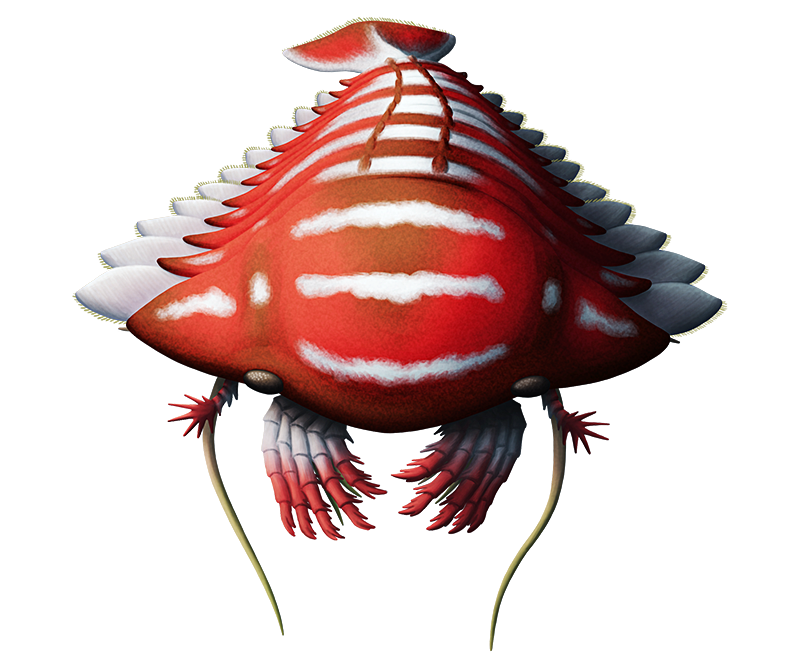