The three living species of elephants are the last surviving members of the proboscidean lineage – but up until the end of the last ice age about 11,000 years ago their relatives were much more numerous and widespread, found on every continent except Australia and Antarctica. Mammoths are probably the most famous of these recently-extinct proboscideans, closely related to modern Asian elephants, but there were also the more distantly-related stegodonts and mastodons…

…And also the gomphotheres.

Traditionally any proboscideans that fell into the evolutionary grade between mastodons and elephants-and-stegodonts were all labelled as gomphotheres. As a result by the late 20th century this group ended up as a wastebasket full of elephant-like forms that didn’t easily fit anywhere else, defined more by what they weren’t rather than by any features they all had in common.

This big collection of gomphotheres was highly diverse. Some species independently evolved similar convergent features, and there was also considerable individual physical variation within species, making the actual taxonomy of these animals very difficult to figure out. But over the last few decades there’s been a lot of revision of proboscidean evolutionary relationships, and gradually the gomphothere wastebasket has been clearing up. Groups like the choerolophodontids, amebelodontids, and anancids have been split off, leaving a more defined lineage of gomphotheres that do have shared anatomical characteristics – distinctive three-lobed trefoil-shaped wear patterns on their molar teeth.

These gomphotheriids were widespread, found across Africa, Europe, Asia, and the Americas – and they were especially successful in the latter. They arrived in North America during the Miocene (~16 million years ago) via the Beringia land bridge, and rapidly spread across the continent and down into Central America. They went on to become the only proboscideans to disperse into South America during the Great American Biotic Interchange, with two different lineages arriving at separate times – Notiomastodon around 2.5 million years ago, and Cuvieronius around 750,000 years ago.

The exact relationships of the gomphotheriids to other elephant-like proboscideans are still a little uncertain. Both protein sequences and mitochondrial DNA have recently been recovered from 35,000-13,000-year old Notiomastodon specimens, but these studies have given different taxonomic conclusions – with the protein results suggesting gomphotheriids were most closely related to mastodons, and the DNA results suggesting they were much closer to true elephants. 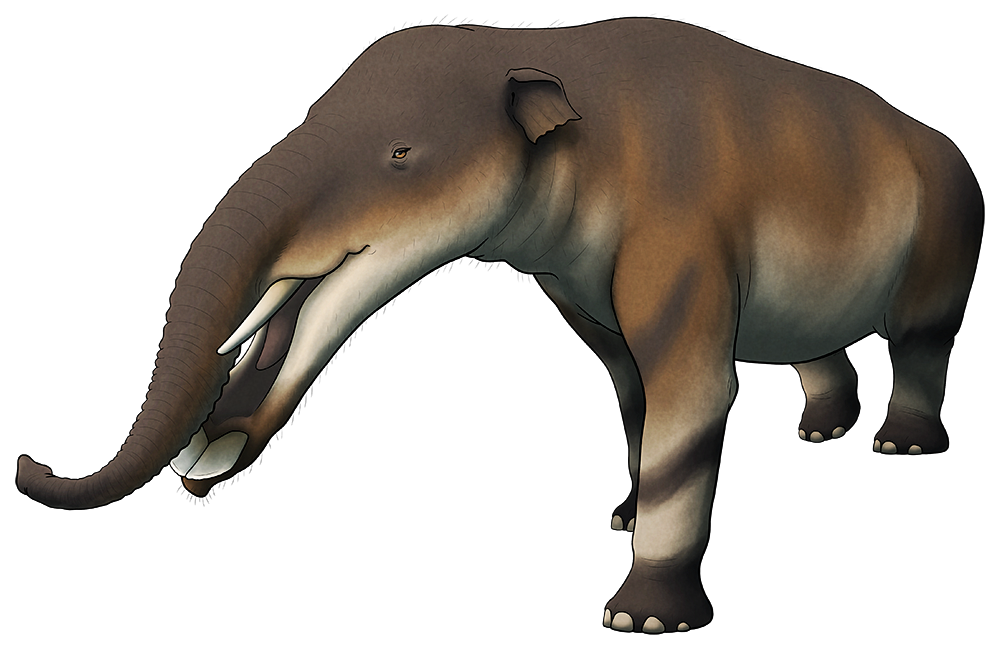