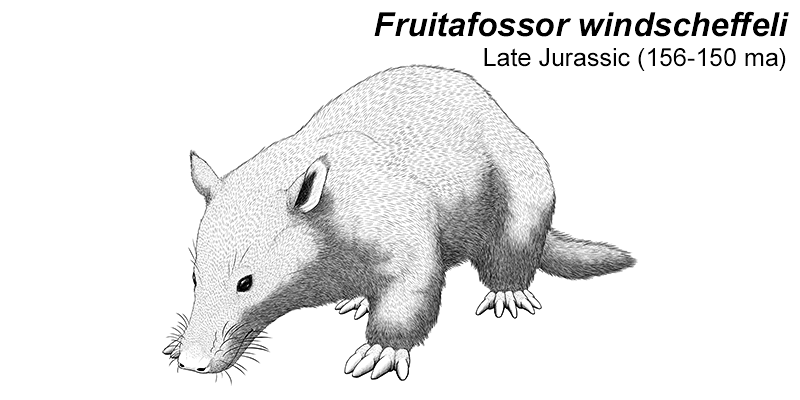 Living during the Late Jurassic of Colorado, USA (156-150 mya), Fruitafossor was one of the earliest known mammals specialized for feeding on colonial insects. It had peg-like enamel-less teeth and a reinforced spine surprisingly similar to those of modern armadillos and anteaters, and powerful digging forelimbs with only four fingers on each hand.

It’s known from an almost complete skeleton, about 15cm long (6″), but its highly modified features make figuring out its exact evolutionary relationships rather difficult. It may have been part of a very early offshoot of the theriimorph lineage, something with no close living relatives but still converging on the exact same adaptations as placental mammal groups that wouldn’t emerge until the Cenozoic 100 million years later.