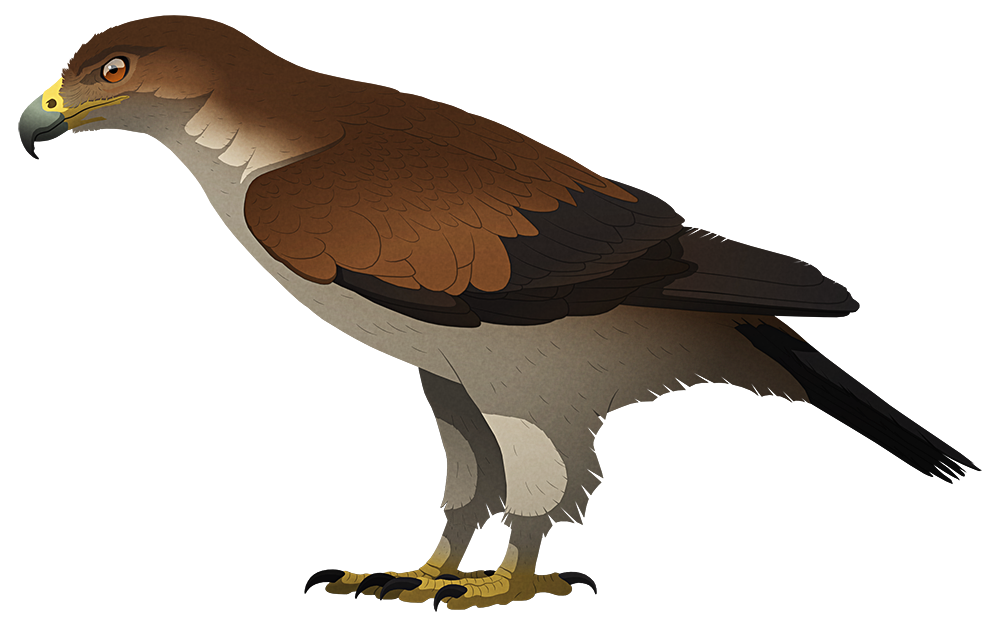 With the lack of large terrestrial mammals in New Zealand, birds were free to exploit the “big herbivore” niches in the ecosystem — and the giant moa were the ultimate result.

Closely related to modern South American tinamous, the ancestors of moa were small flying birds that arrived in New Zealand sometime in the early Cenozoic. At the time of the Miocene St Bathans fossil deposits they were already large and flightless, and by the Holocene they had grown truly enormous.

Uniquely they completely lost their wings, not even having the tiny vestigial bones seen in other large flightless birds.

The South Island giant moa (Dinornis robustus) was the largest of them all, with females standing almost 2m tall at the back (6’6″) and able to reach their heads up to heights of around 3.6m (11’10”). It had a long neck, a relatively tiny head with a curved beak, and large powerful legs — and preserved hair-like body feathers show that it was reddish-brown in color.

It also had some of the most extreme sexual dimorphism seen in any bird species, with the males being significantly smaller than the females at only about 1.2m tall (3’11”). This seems to have been the result of scaling-up smaller differences in body size from their ancestors.

The adzebills were another odd group of big flightless birds whose ancestors also date back to sometime before the St Bathans deposits. They had large downward-curving beaks, short strong legs, and highly reduced wings that were smaller proportionally than those of the dodo.

They were less common than the moa, found only the drier forested parts of the lowlands, and based on isotope analysis of their bones they seem to have been predators hunting invertebrates, reptiles, and smaller birds.

When their remains were first discovered they were even thought to be a type of moa, but later studies (including recovered ancient DNA) have shown they were actually gruiformes, with their closest living relatives being either the South American trumpeters or the African flufftails.

The South Island adzebill (Aptornis defossor) was the slightly larger of the two species known from the Holocene, reaching sizes of about 0.8-1m tall (2’8″-3’3″).

The ancestors of the Māori people arrived in New Zealand around the year 1300, and sadly within about a century a combination of human hunting pressure and predation by introduced mammals sent both the moa and adzebills into total extinction. 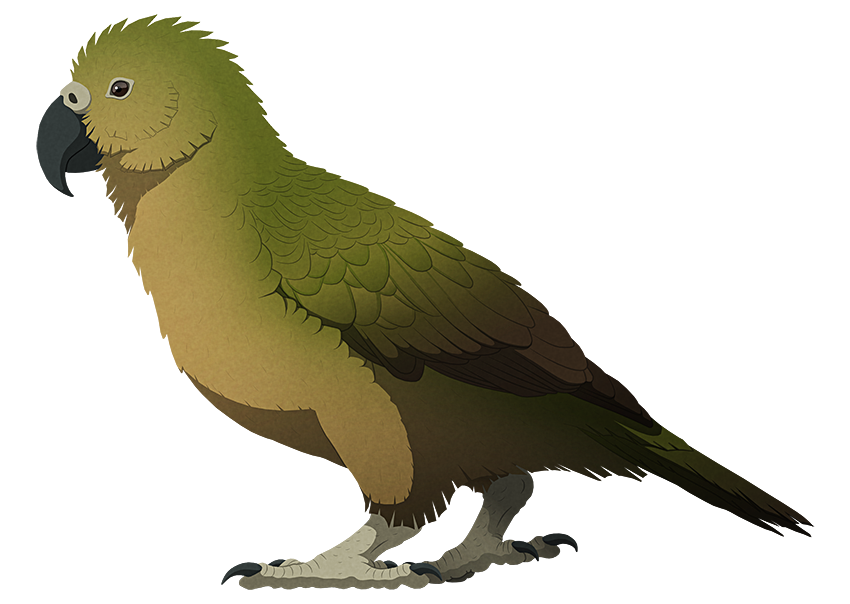 There are various modern species that we call “living fossils” because they’ve survived for very long periods of geological time, but there are also plenty of long-lived and successful groups that didn’t quite manage to make it to the present day.

For all of August I’ll be doing six posts on this topic a week (taking a break on Sundays), and the basic criteria for entries are that a featured organism has to be part of a group that:

• originated in the Mesozoic or earlier
• existed for at least 50 million years
• and survived through the end-Cretaceous mass extinction, only to go extinct later in the Cenozoic

So, let’s begin with…

Dating to the mid-Miocene, about 19-15 million years ago, this little mammal was discovered in the Saint Bathans fossil deposits in the South Island of New Zealand, and was probably the size of a large shrew, around 10cm long (4″). It doesn’t have an official scientific name yet, but its fragmentary remains might represent something very special.

Not only was it a terrestrial mammal living at a time when none were thought to inhabit New Zealand at all, but it also doesn’t seem to fit into any known group of mammals. It’s definitely not a placental or marsupial or monotreme, and it doesn’t match any of the other “archaic” groups – so it could represent an entirely new lineage we didn’t even know existed.

At best it’s been classified as a theriiform, belonging somewhere between eutriconodonts and multituberculates in the mammal family tree. This means it would have to be part of a group with a very long ghost lineage going all the way back to the Late Triassic or Early Jurassic (~220-190 mya). Whatever it actually was, its ancestors were probably already present on New Zealand when the islands split away from Gondwana in the Late Cretaceous (~85 mya), and must have remained isolated there for tens of millions of years more.

It’s unknown how much closer to present day these mysterious archaic mammals actually survived, but it’s possible they were one of the casualties during the Middle Miocene disruption extinction about 14 million years ago, when the relatively warm climate suddenly cooled. And then land mammals were completely absent from New Zealand until the arrival of humans ~750 years ago.

(It’s also worth noting that the fossils of the Saint Bathans mammal were described over ten years ago, and our knowledge of ancient mammals and their evolutionary tree has changed a lot in that time. New studies or more fossil material might reveal the Saint Bathans mammal to actually be one of the very last survivors of an already-known group, but that would still make it an amazing and unique discovery.)