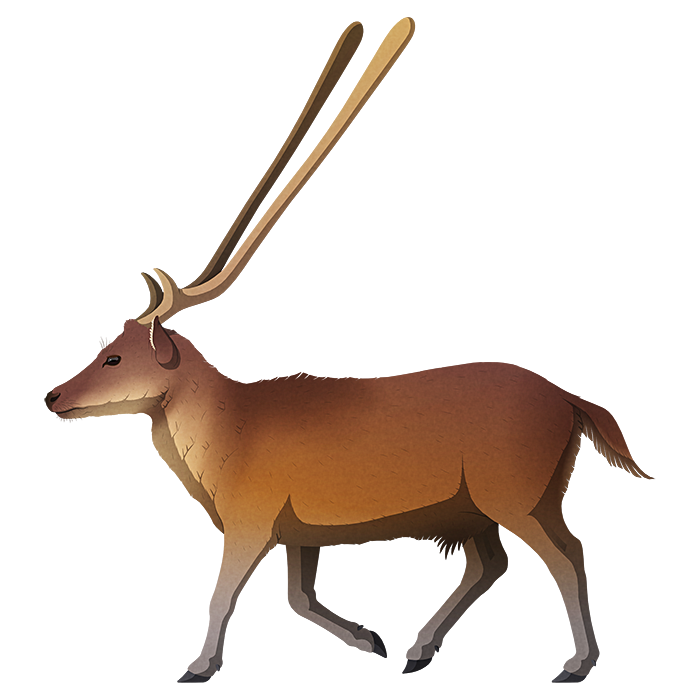 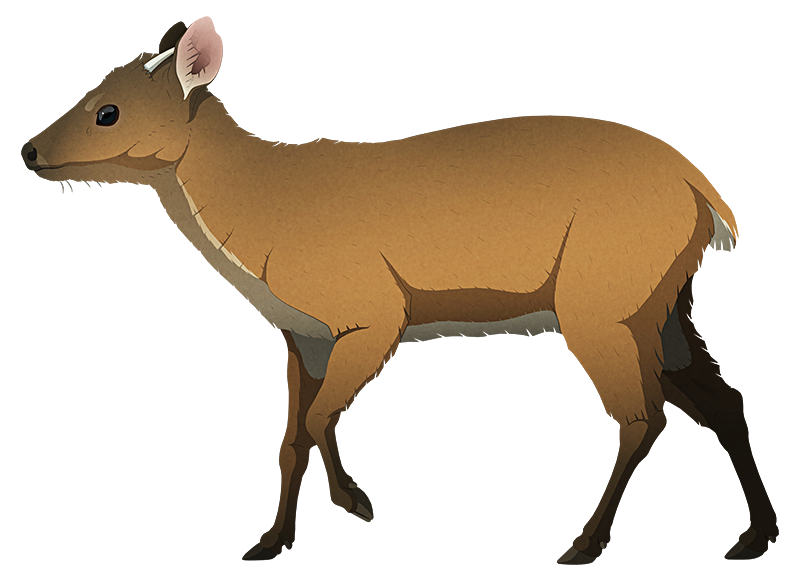 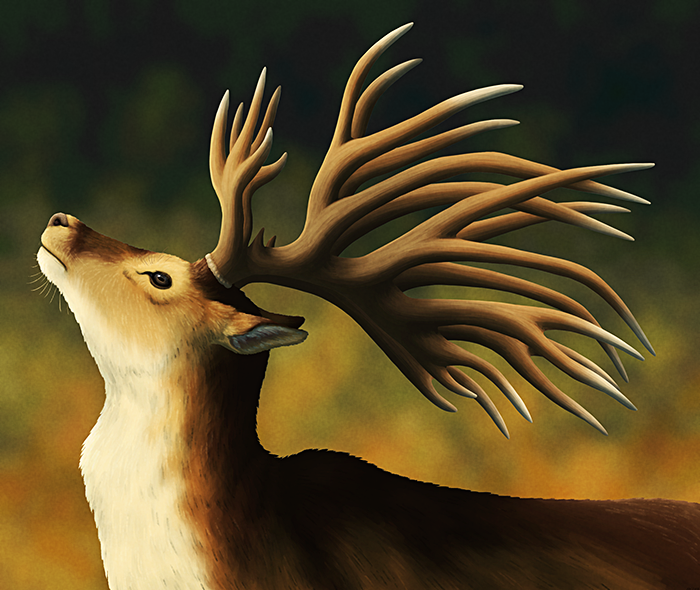 Eucladoceros dicranios, a deer from the Pliocene and Pleistocene of Europe (~3.5-1 mya). Close in size to a modern moose, standing about 1.8m tall at the shoulder (5′10″), the males of this species had a set of particularly large antlers – measuring up to 1.7 meters across (5′6″) and bristling with at least twelve prongs each – giving it the nickname of “bush-antlered deer”.

The more famous “Irish elk” (Megaloceros giganteus) would later develop even bigger antlers, but Eucladoceros was the earliest known deer to evolve this sort of extremely elaborate headgear.