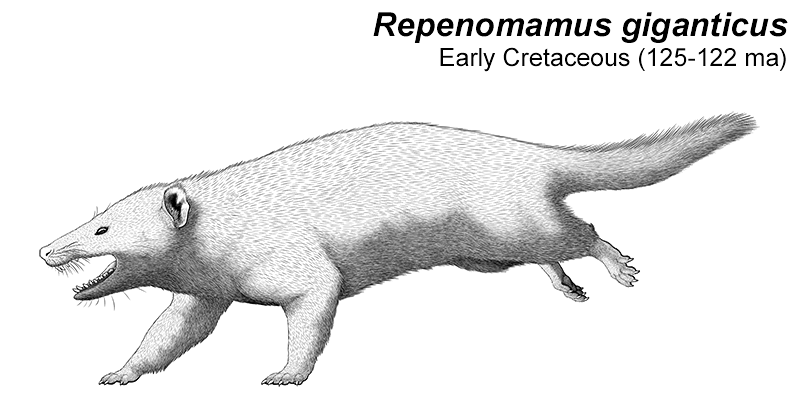 Living during the Early Cretaceous of China (125-122 mya), Repenomamus was part of a branch of the eutriconodonts known as gobiconodontids. These relatively big mammals were specialized carnivores, with strong bone-crushing jaws and their incisor teeth modified into long fang-like shapes.

Repenomamus giganticus was roughly the size of a modern wolverine, about 1m long (3′3″). A second species in the same genus, Repenomamus robustus, was about two-thirds that size but still among some of the largest known Mesozoic mammals.

Since it was larger than some of the dinosaurs it lived alongside, it’s likely to have eaten some of them – and one specimen of R. robustus was actually found with the bones of a juvenile Psittacosaurus in its stomach.