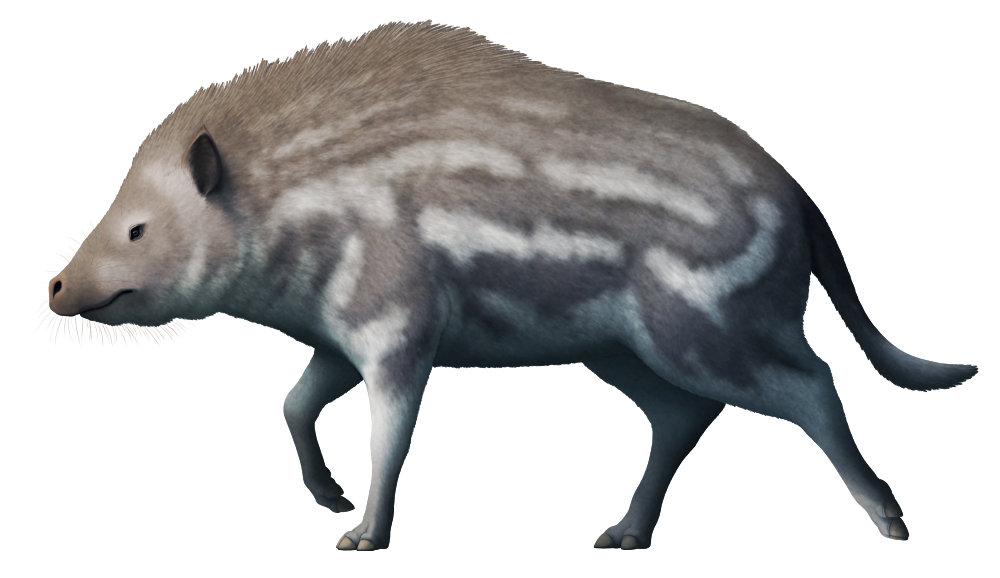 Just before the 2017 solar eclipse, some unusual fossils were discovered in Southern Wyoming, USA.

Consisting of a partial jawbone and a humerus, and dating to the mid-Eocene (~47 million years ago), the remains clearly belonged to an early even-toed ungulate – but one much bigger than the rabbit-sized herbivores known from that time. This was something closer in size and build to a large modern pig, standing at least 1m tall at the shoulder (3’3″).

It turned out to belong to a member of a somewhat obscure lineage known as the helohyids, a group whose evolutionary relationships are a bit uncertain but are generally considered to be part of the whale-and-hippo lineage. These pig-like animals were large opportunistic omnivores, possibly occupying a similar ecological role to the later entelodonts, with some Late Eocene forms reaching sizes comparable to black bears.

This new helohyid was named Heliosus apophis, inspired by the eclipse, with its genus name meaning “sun pig”, and its species name referencing a sun-devouring Ancient Egyptian deity.

It was one of the earliest known large-bodied members of the group, and shows that these animals must have increased in size very rapidly during their early evolution, going from rabbit-sized to pig-sized within just a couple of million years.