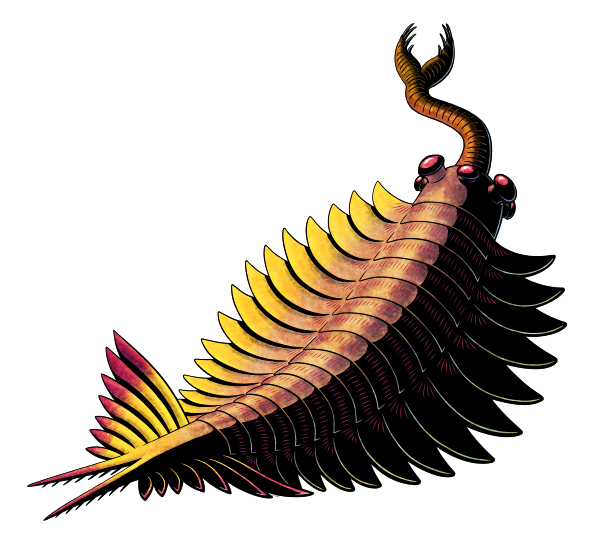 Probably evolving from Siberion-like lobopodians, the dinocaridids were an “evolutionary grade” of panarthropods that were closely related to the ancestors of true arthropods. These animals were characterized by specialized front appendages on their heads and large swimming lobes along the sides of their segmented bodies, and their group included some of the most famous of the Cambrian “weird wonders”.

The earliest branches of the dinocaridids were the “gilled lobopodians”, which had lobopodian-like legs on their undersides and gills on the upper surfaces of their body lobes. The flap-like structures may have initially evolved just to provide a larger surface area for respiration, but they were quickly co-opted for swimming purposes and opened up a whole new range of ecological opportunities to the ancestral dinocaridids.