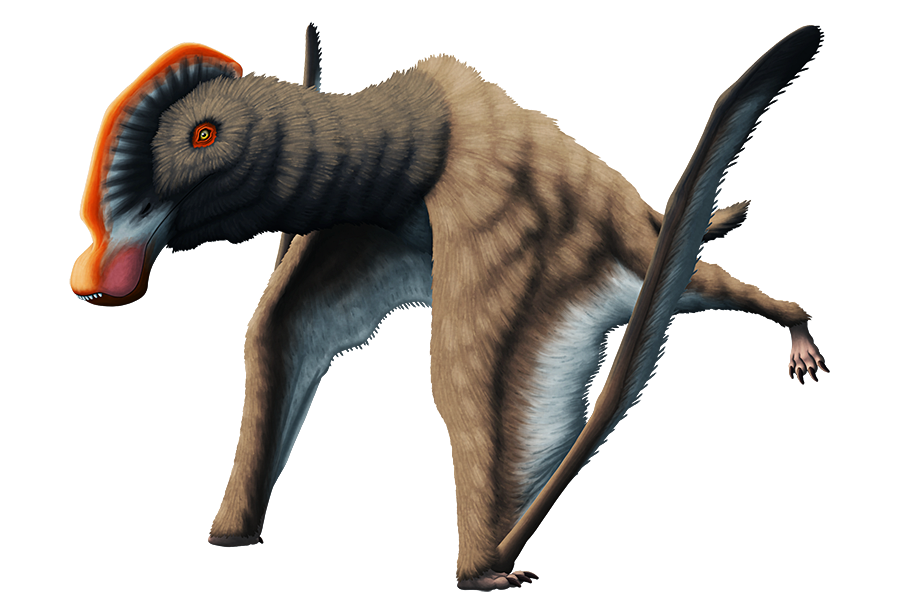 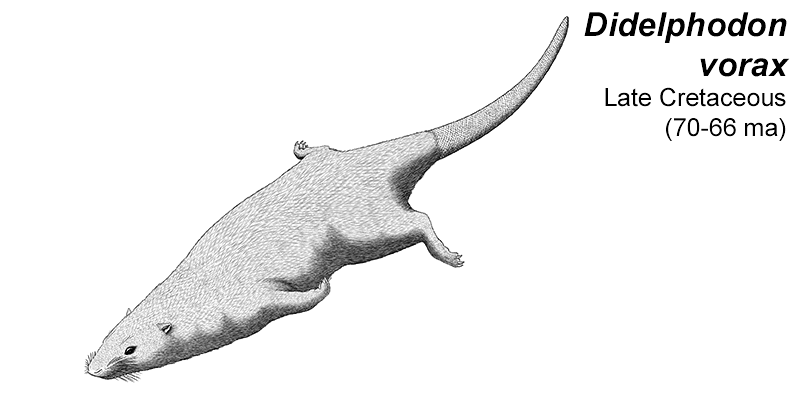 While true marsupials didn’t appear in the fossil record until the early Cenozoic, some of their closest relatives in the Mesozoic were a group called stagodontids. These metatherians evolved in North America during the Late Cretaceous, and much like the deltatheroideans seem to have taken over some of the ecological niches left vacant after the extinction of most eutriconodonts.

Their strong jaws and large blunt premolar teeth were adapted for crushing hard-shelled food, and they seem to have been semi-aquatic swimming animals (somewhat similar to modern water opossums) specialized for eating freshwater invertebrates such as snails and crustaceans.

Most stagodontids went extinct during the end-Cretaceous mass extinction, but if the early Cenozoic genus Eobrasilia is a member of the group then at least some survived in South America up until about 52 million years ago.

Other metatherians persisted in Europe, Africa, and Asia for most of the Cenozoic, with some fossils dating to just 11 million years ago, and the sparassodonts were successful in South America until about 3 million years ago – but today the only living members of this branch of the therian lineage are the marsupials in the Americas and Australasia.

Didelphodon was a stagodontid living during the Late Cretaceous of North America (70-66 mya), and is known from skull and jaw remains, along with a fairly complete skeleton that hasn’t been officially described yet.

It had a long otter-like body and flexible feet, adaptations for efficient swimming, and was one of the largest known mammals at the time, measuring around 1m in length (3′3″).

Its sturdy jaws had an especially powerful bite force, one of the strongest relative to body size known for any mammal, and some of its molars were blade-like and similar in appearance to carnassials. Along with crunching on shellfish it would also have been capable of crushing bones and tough plants, and its diet was probably an omnivorous mixture of invertebrates, vegetation, carrion, and small vertebrates – potentially including other mammals and small dinosaurs. 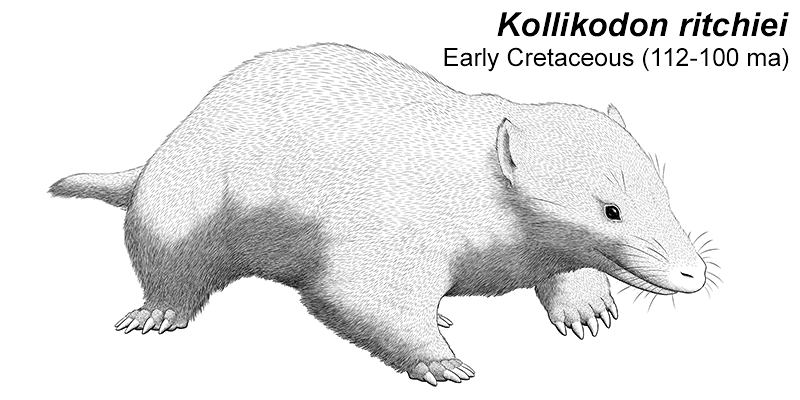 At this point we’re into Mammalia proper, and here the first major split happens between the Yinotheria (the lineage including monotremes and their relatives) and the Theriiformes (the lineage that includes everything else).

Although once widespread, with fossils known from Europe, Asia, Madagascar, and South America as well as Australasia, the remains of yinotherians are unfortunately rare and very fragmentary. Most specimens consist only of teeth and pieces of jaw, so we know very little about their ecological diversity or what they looked like.

The oldest known yinotherian fossils date to around 170 million years ago in the mid-Jurassic, but genetic studies suggest their last common ancestor with the theriiformes could have lived as far back as the Late Triassic 220 million years ago.

Kollikodon is known from a couple of jaw fragments from the Early Cretaceous of New South Wales, Australia (112-100 mya). It was a close cousin to the monotremes, but unlike its living relatives it had well-developed teeth which appear to have been highly adapted for crushing hard food – possibly insects, shellfish, or even tough plant matter.

Its full size is very uncertain, with estimates ranging from 50cm up to 1m in length (1′8″-3′3″). If accurate, the upper estimate would make it one of the largest of all known Mesozoic mammals.

The image above is therefore very very speculative. Most reconstructions seem to depict Kollikodon as little more than a large platypus, despite it lacking evidence of a bill, so I decided to go for something more visually different. Less aquatic-specialist, more pig-like omnivorous generalist eating whatever it can crunch in its jaws.