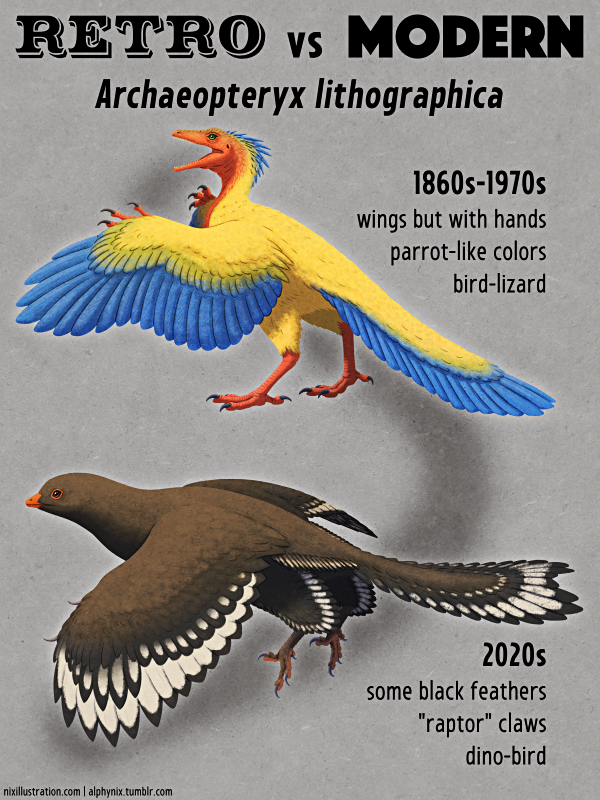 Archaeopteryx lithographica was first discovered in the 1860s, still in the early days of our understanding of dinosaurs, and was a timely example of the sort of transitional form first proposed by Charles Darwin only a couple of years earlier. For over a century it was a famous icon of evolution, and has been part of a lot of weird drama over the years – it’s been central to arguments about bird origins, was accused of being a fake, and one specimen even vanished under mysterious circumstances.

At the time of its discovery Archaeopteryx was actually fairly quickly accepted as demonstrating an evolutionary link between dinosaurs and birds… but sadly this view wasn’t to last.

In the early 20th century opinion shifted towards birds not being dinosaurs but instead descended from “thecodont” reptiles (what we’d now call early archosaurs and pseudosuchians). And so for a long time Archaeopteryx ended up being depicted as simply the “first bird”, a half-reptile half-avian curiosity.

Reconstructions of it from this time period varied from very good to kind of awkward depending on how much the artist was trying to emphasize its reptilian ancestry, commonly featuring wonky-fingered wings and a scaly lizard-like face. It was also frequently depicted with bright gaudy parrot-like coloration, with a specific yellow-and-blue color scheme becoming a “paleoart meme” so prolific that it would eventually inspire the design of a Pokémon.

After decades of stagnation the dinosaur-bird link was resurrected in the early 1970s, with the discovery of the bird-like Deinonychus kicking off the Dinosaur Renaissance. Along with the explosion of spectacularly feathered dinosaur fossils from China in the mid-1990s, Archaeopteryx finally began to be properly presented as a feathered dinosaur again.

Continued study of the known Archaeopteryx specimens in the last couple of decades has vastly improved our knowledge of what this animal would have looked like, revealing previously unknown features like the exact plumage arrangement on its wings and legs, and even potentially some details about its coloration.

Living in southern Germany during the Late Jurassic, about 150-148 million years ago, Archaeopteryx inhabited what was then an island archipelago in a shallow tropical sea. It grew to around 50cm long (~1’8″) and was almost entirely covered with pennaceous feathers, externally probably just looking like a long-tailed bird.

It had broad wings, with asymmetrical flight feathers similar to those of modern birds but with more extensive coverts, some of which were probably a matte black color. Its legs also sported long “feather trousers” and a “raptor“-like hyperextensible second toe, and there was a slight forked shape to the tip of its tail.

Arguments have gone back and forth about how well it was actually able to fly, with current thinking being that it made short bursts of active flapping flight a little like a modern pheasant – but since its shoulder joints were less mobile than those of modern birds it must have used a different sort of flight stroke to generate lift.

It’s no longer always considered to have been the “first bird”, or even to have been the direct ancestor of any modern birds. Instead it represents an offshoot lineage of early birds (or very-bird-like dinosaurs) that was just one part of a still-expanding flock of feathery fossil discoveries.

The major groups of the euarthropods are the chelicerates, mandibulates, and the extinct artiopodans, but there were some Cambrian species that still can’t be easily fitted in to any of those lineages.

END_OF_DOCUMENT_TOKEN_TO_BE_REPLACED 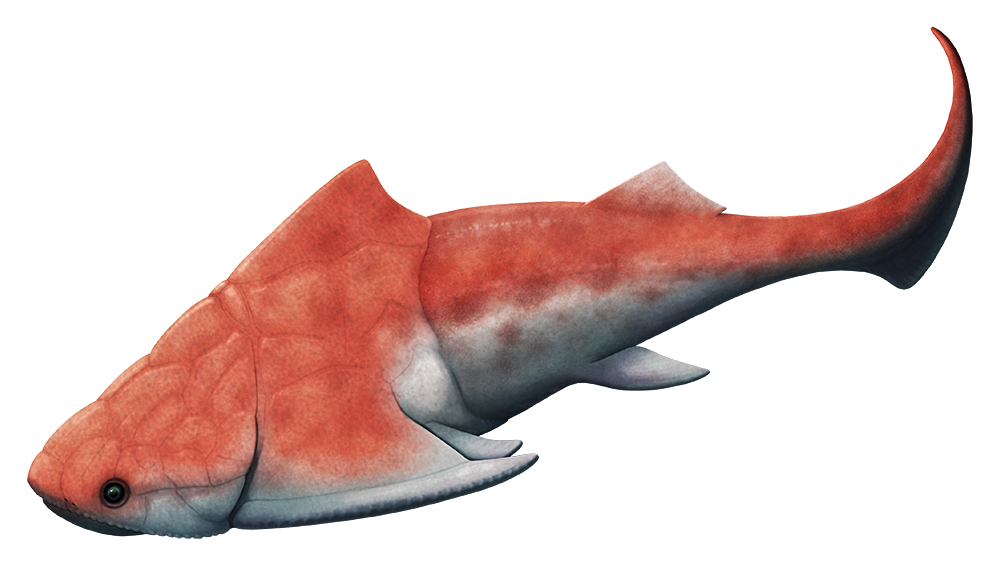