Did you know some crocodiles have “horns”?

Formed from the corners of the squamosal bone at the back of their skulls, just above their ears, these structures are seen in living crocs like the Cuban crocodile and the Siamese crocodile, as well as some fossil species.

But perhaps the most impressively-horned croc was Voay robustus here.

Voay lived on the island of Madagascar during the Late Pleistocene and Holocene, between about 100,000 and 2,000 years ago. At about 5m long (16′5″) it was similar in size and build to a large male Nile crocodile – but despite this resemblance its closest living relative is actually the much smaller dwarf crocodile.

It had a fairly short and deep snout and chunky limbs, adaptations associated with a more terrestrial lifestyle that suggest it was specialized for hunting its prey on land rather than just at the water’s edge.

Much like modern horned crocodiles its particularly prominent horns were probably used for territorial displays, and may have been a sexually dimorphic feature with big mature males having the largest examples.

Voay’s disappearance just a couple of thousand years ago may have been the result of the arrival of human settlers on the island, either from being directly hunted or due to the large native species it preyed on also going extinct around the same time.

One of the most mysterious members of Madagascar’s pre-human ecosystem was a creature known as Plesiorycteropus, or the “bibymalagasy”.

It’s known only from fragmentary remains, including a few limb bones, vertebrae, partial skulls, and partial pelvises – with two different species identified, the larger Plesiorycteropus madagascariensis and the smaller Plesiorycteropus germainepetterae. For a long time it was it was unclear what type of mammal it even was and the best guess seemed to be “some sort of small aardvark-relative” based on anatomical similarities, but various studies disagreed and some even considered it to represent a completely unique order of mammals.

In 2013 an analysis of preserved collagen from one bone finally gave a better answer – Plesiorycteropus was most closely related to tenrecs, which arrived in Madagascar via ocean rafting during the mid-Cenozoic, and the skeletal resemblance to aardvarks was due to convergent evolution.

It was built for scratch-digging, using its strong forelimbs and claws to dig while bracing itself with its hindlimbs and long thick tail. Its snout had large nasal cavities, indicating a good sense of smell, and similarities to the skulls of armadillos suggest it had the same sort of diet of insects, grubs, worms, and other soft foods. It may also have fed on ants and termites.

Since it’s only known from fragments its full size is hard to determine, but rough estimates suggest Plesiorycteropus madagascariensis was “small dog-sized” – possibly having a head-and-body length of 60-80cm (2′-2′7), and a total length of over 1m (3′3″).

Unlike some other extinct Malagasy animals there are no historical or folkloric accounts of anything resembling the bibymalagasy. One bone has been carbon dated to just over 2000 years ago, shortly after the arrival of human settlers, and it seems to have gone extinct very soon after that date. 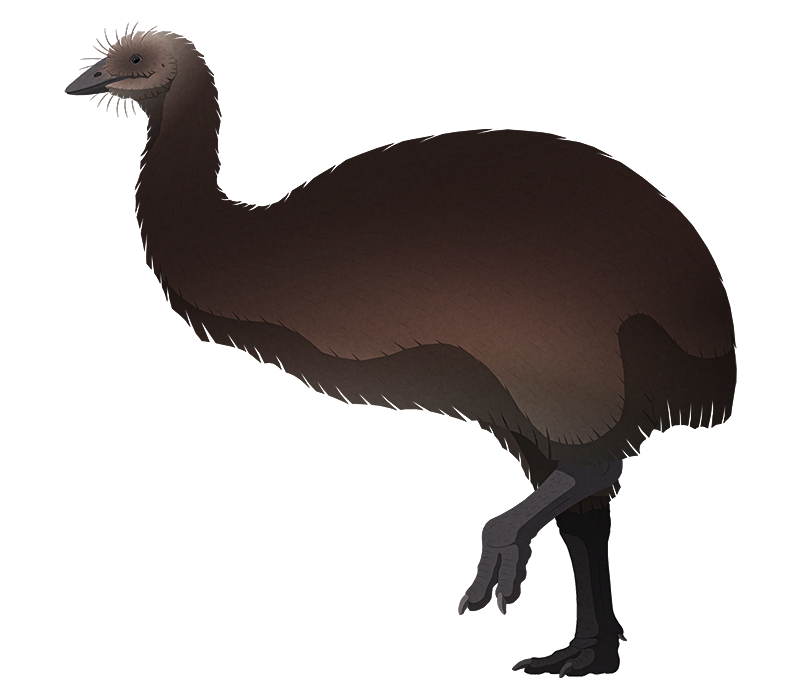 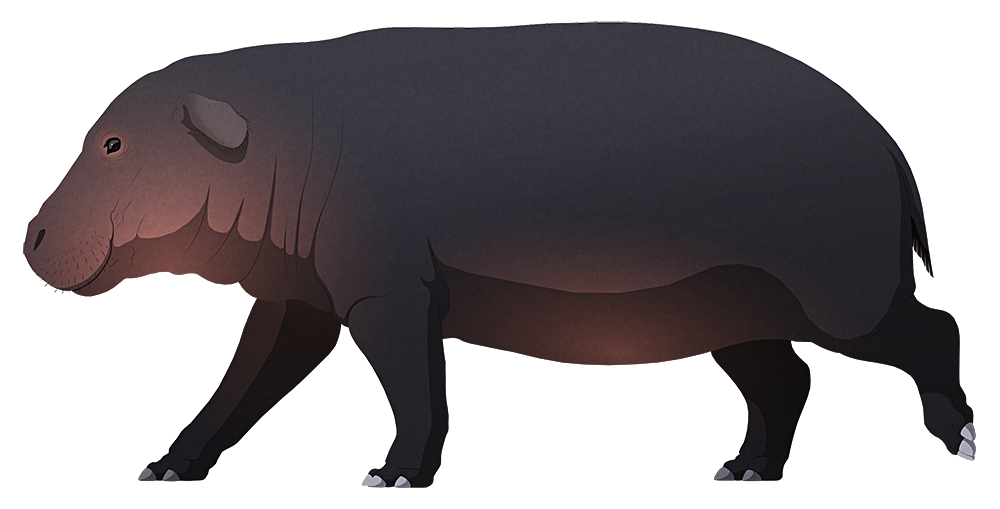 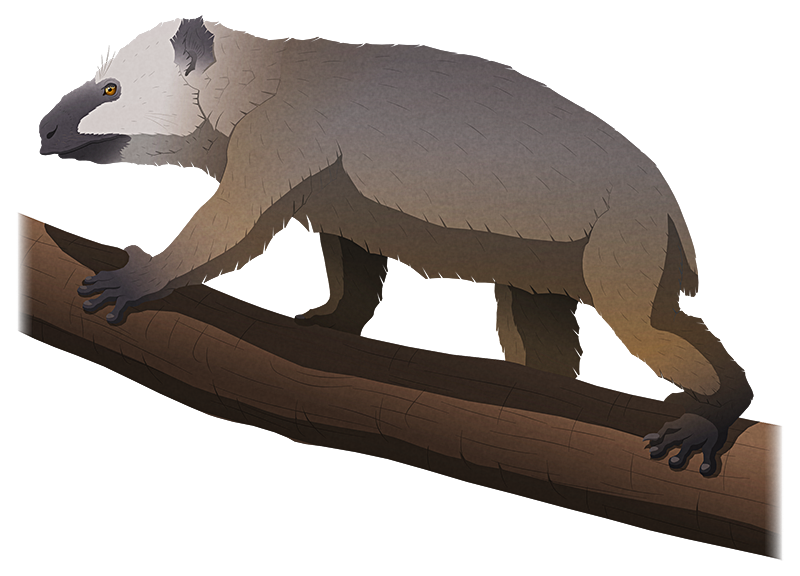 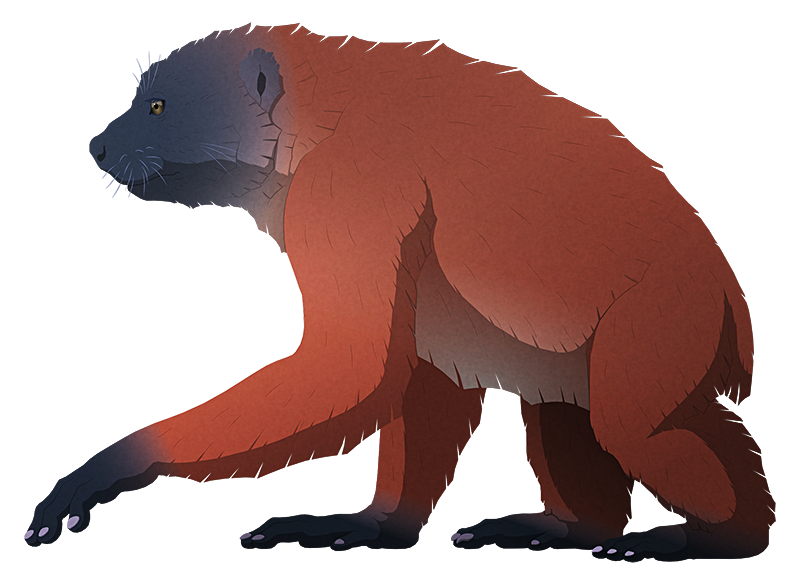 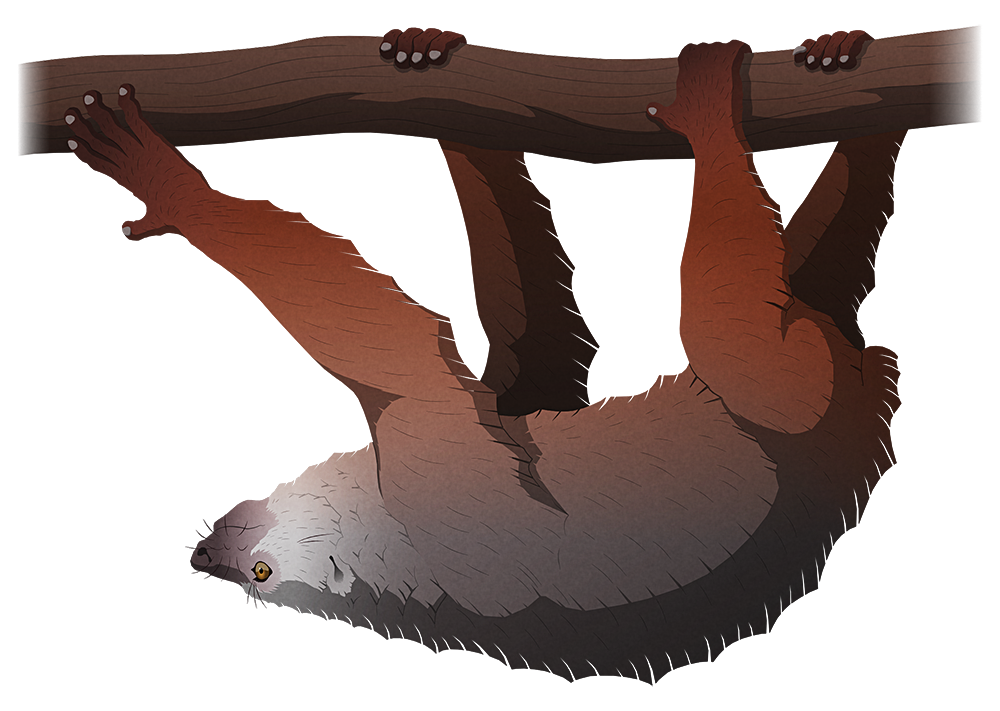