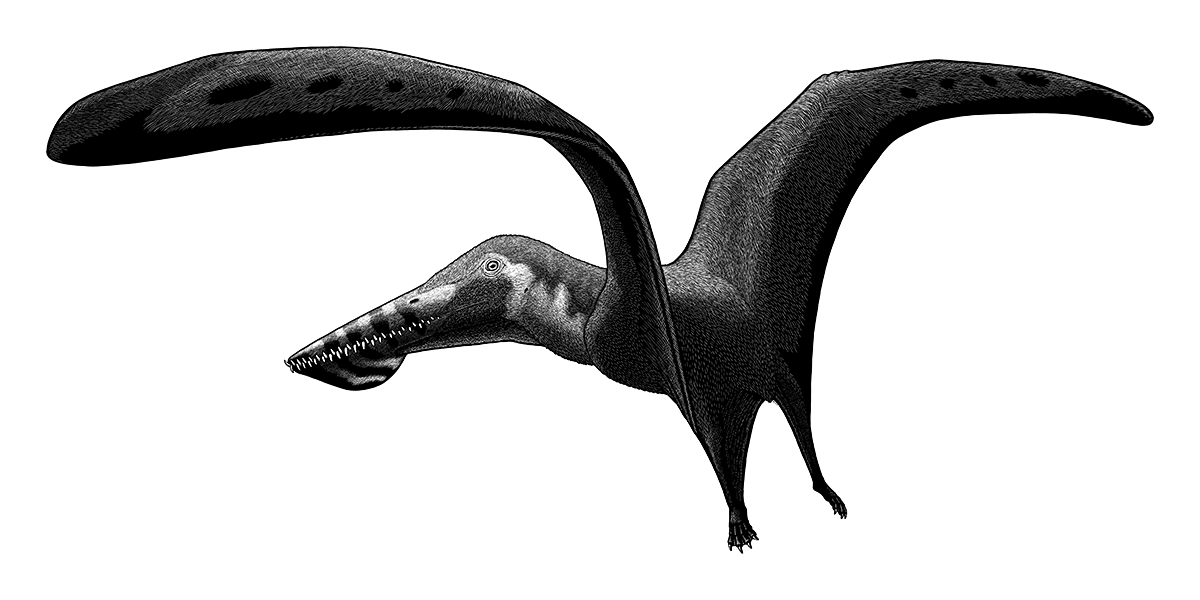 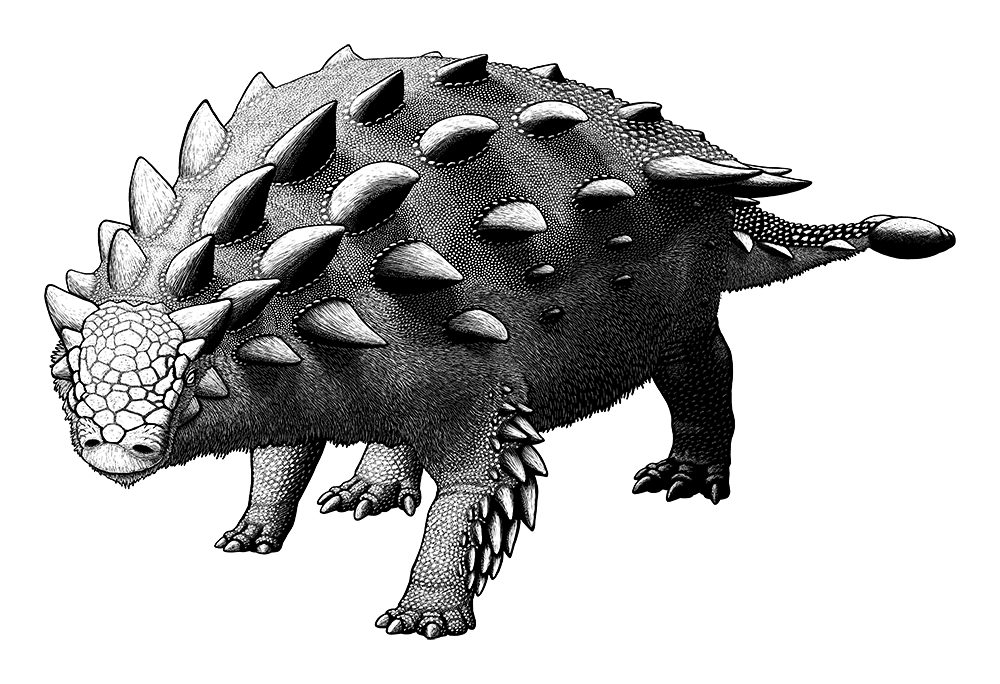 Zuul crurivastator, an ankylosaur from the Late Cretaceous of Montana, USA (~75 mya).

One of the most complete ankylosaurids ever found in North America, it’s known from a full skeleton about 6m long (20′). Much of its bony osteoderm armor is preserved in life position, along with skin impressions and the remains of keratinous scales and spike sheaths – although so far only the skull and tail have actually been fully prepared and described.

(The fuzz on this reconstruction is highly speculative, but since it’ll likely end up inaccurate anyway once of the rest of the body is fully described… why not have some fun with it?)

Its genus name was inspired by its skull’s resemblance to Zuul the Gatekeeper from the 1984 movie Ghostbusters, while its species name translates to “destroyer of shins” in reference to its especially large tail club. 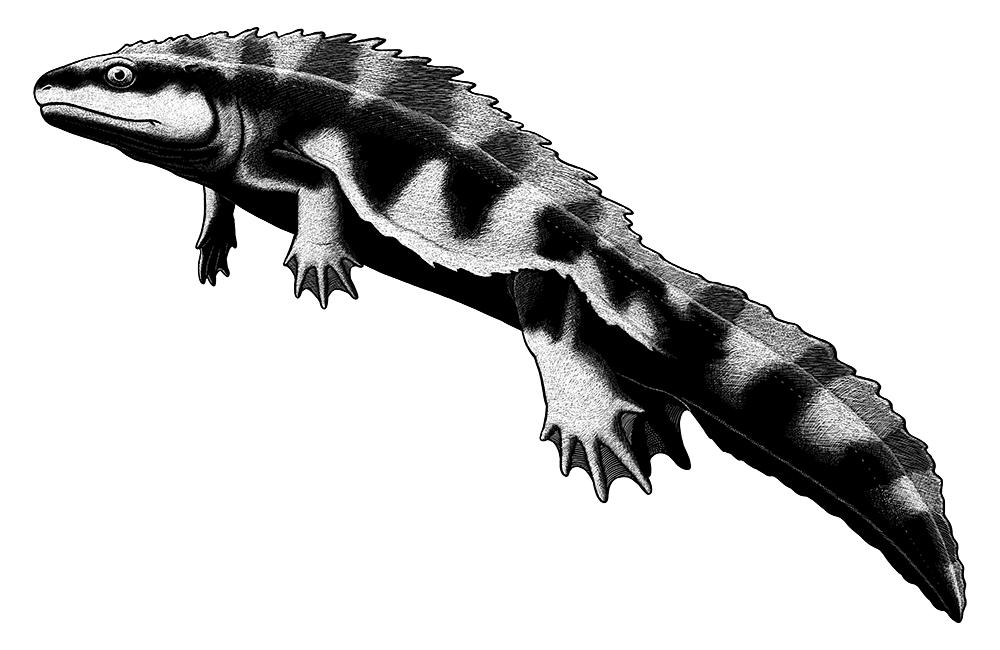